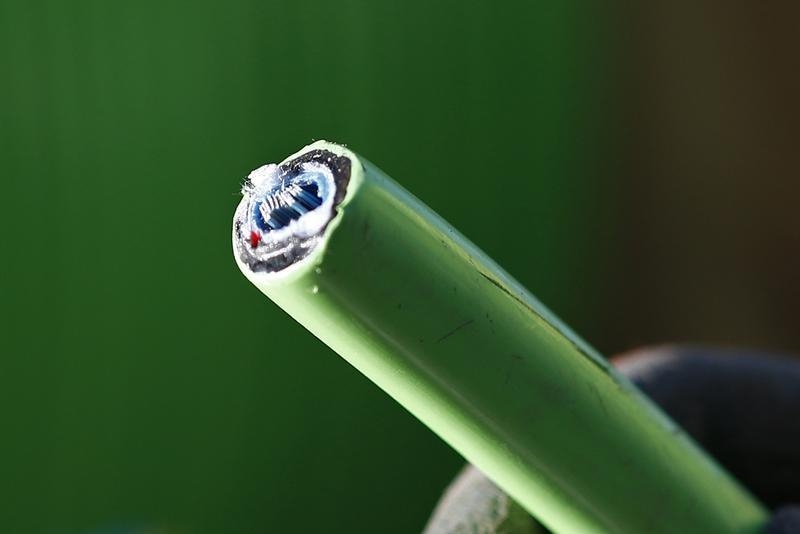 There’s a whiff of tech fever emanating from Delphi Automotive. The $22 billion auto parts supplier is attaching connected-car hype to its latest acquisition, of HellermannTyton, a British maker of cable ties and the like, for about $1.7 billion. The rhetoric alone isn’t enough to justify the whopping 45 percent premium.

With driverless vehicles now being tested on real roads – and, on the downside, the recent publicity and 1.4 million-vehicle recall spurred by a Wired article about the hacking of a Jeep Cherokee on a U.S. highway – the technology-powered car is all the rage. Delphi’s attention to modern trends is therefore understandable, but it’s not obvious that cabling is what’s at the cutting edge.

Though Delphi did complete the first U.S. coast-to-coast drive in an automated vehicle in April, embellishing its latest deal hardly seems necessary. HellermannTyton looks like a well-run company that fits into Delphi’s portfolio and may even open up markets beyond cars, including possibly aerospace and rail, where it already has inroads. Cabling and related “bundle management solutions” are integral inside cars, all the more so as computing power, safety devices and early iterations of eventual self-driving components proliferate.

Delphi also points to its record of making the most of acquisitions. Yet the UK-headquartered and U.S.-listed company is still handing over a roughly $500 million premium in return for a stated $50 million of annual synergies by 2018. Assume those are all cost cuts rather than less reliable revenue enhancements, and they are worth perhaps $350 million today, taxed at a 20 percent rate and discounted at 10 percent a year.

On this back-of-the-envelope math, Delphi is paying too much for HellermannTyton, even if the price serves to ward off potential interlopers. The acquirer’s stock dipped slightly on Thursday, a day when it also announced earnings and some other smaller investments alongside the larger acquisition. Delphi’s challenge will be to prove that it can make a bigger bundle from cable management without getting carried away by the latest craze.

Delphi Automotive, a diversified supplier of parts for auto makers, said on July 30 it had agreed to buy HellermannTyton, a UK-based and listed manufacturer of products for fastening, fixing and protecting cables, for 480 pence per share in cash, or 1.1 billion pounds ($1.7 billion). The price represents a 45 percent premium to the target’s closing share price on July 29.

Delphi, headquartered in the UK and listed in New York, also announced an acquisition of automated driving software company Ottomatika and investments in other technology businesses.

Delphi said it expected $50 million in annual synergies by 2018 from the HellermannTyton deal through sourcing and supply-chain benefits and cross-selling.

“The acquisition expands Delphi’s product portfolio within the connected vehicle solutions market and will help capitalize on the connected car megatrend,” Delphi said in a statement.

Delphi shares slipped about 2 percent by 10:20 a.m. Eastern on July 30. HellermannTyton shares were up 42 percent at about 472 pence.