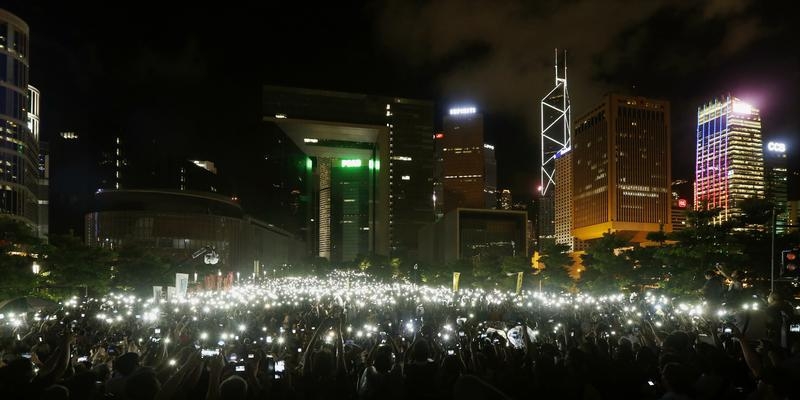 Hong Kong’s narrowing options over future leadership elections could have broad repercussions. Voters in the former colony face only bad choices after Beijing proposed a tightly controlled system for choosing its chief executive. The decision escalates the risk of a showdown with protestors. It also suggests China’s leaders care ever less about the rest of the world’s opinion.

The electoral framework handed down by China’s National People’s Congress on Aug. 31 leaves little room for genuine choice. Starting from 2017, Hong Kong chief executive candidates will be vetted by a group of 1,200 people likely to be dominated by Beijing loyalists. Only those who secure the support of more than half the nominating committee will be allowed to face the electorate. Under this approach, universal suffrage in Hong Kong would amount to choosing between two or three pre-selected stooges. The “winner” will  hardly be able to claim a popular mandate.

Even this limited system may never see the light of day. Before it can be implemented, the framework must be approved by two-thirds of Hong Kong’s parliament. The handful of pro-democracy legislators who are needed to get the proposal passed may now withhold their support. If the framework is rejected, Hong Kong will stick with its current system, where the chief executive is picked by an unrepresentative committee. The plan to introduce universal suffrage will be shelved.

In the short term, China’s decision will fuel support for Hong Kong’s “Occupy Central” movement, which plans to blockade the central financial district. Beijing may believe support for civil disobedience is not widespread. Alternatively, it may view the confrontation as a necessary risk to stop demands for more democracy taking firmer root on Chinese soil.

Either way, it’s increasingly clear that the “hands-off” philosophy that has guided China’s approach to Hong Kong since it reclaimed the territory from Britain 17 years ago no longer applies. That’s a concern not just for voters, but also for businesses and financial institutions that see Hong Kong as a haven of legal predictability and transparency, especially when compared to the mainland. It’s also a reminder that China is less bothered than it once was about what the rest of the world thinks of its approach.

Pro-democracy protesters hold up their mobile phones during a campaign to kick off the Occupy Central civil disobedience event in front of the financial Central district in Hong Kong August 31, 2014.

The Standing Committee of the National People’s Congress (NPC) endorsed a framework to let only two or three candidates run in the 2017 leadership vote. All candidates must first obtain majority backing from a nominating committee whose 1,200 members are likely to be mostly Beijing loyalists.

The relatively tough decision by the NPC - China’s final arbiter on the city’s democratic affairs - makes it almost impossible for opposition democrats to get on the ballot.

Hundreds of “Occupy Central” activists, who demand Beijing allow a real, free election, prepared to stage a small protest late on Sunday to formally launch a campaign of civil disobedience that will climax with a blockade, at an unspecified time, of the city’s Central business district.