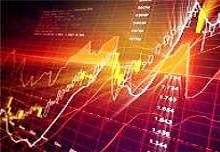 UBS and Deutsche are among banks found guilty of fraud over derivatives sold to Milan. The verdict is likely to be tested by an appeal. But for now, it overrides banks’ usual defence that sophisticated clients know what they are getting into. And it could affect many other deals.

A court in Milan found Deutsche Bank, Depfa Bank, JPMorgan and UBS guilty of fraud for mis-selling derivatives to Milan on Dec. 19.
The judge ordered the seizure of 88 million euros from the banks, and fined them 1 million euros each. Nine bank employees were handed suspended jail sentences of up to eight months.
It is the first criminal sentence handed down to banks over derivatives mis-selling in Italy.
Deutsche Bank, JPMorgan and UBS said in separate statements that they have done nothing wrong, and would appeal.