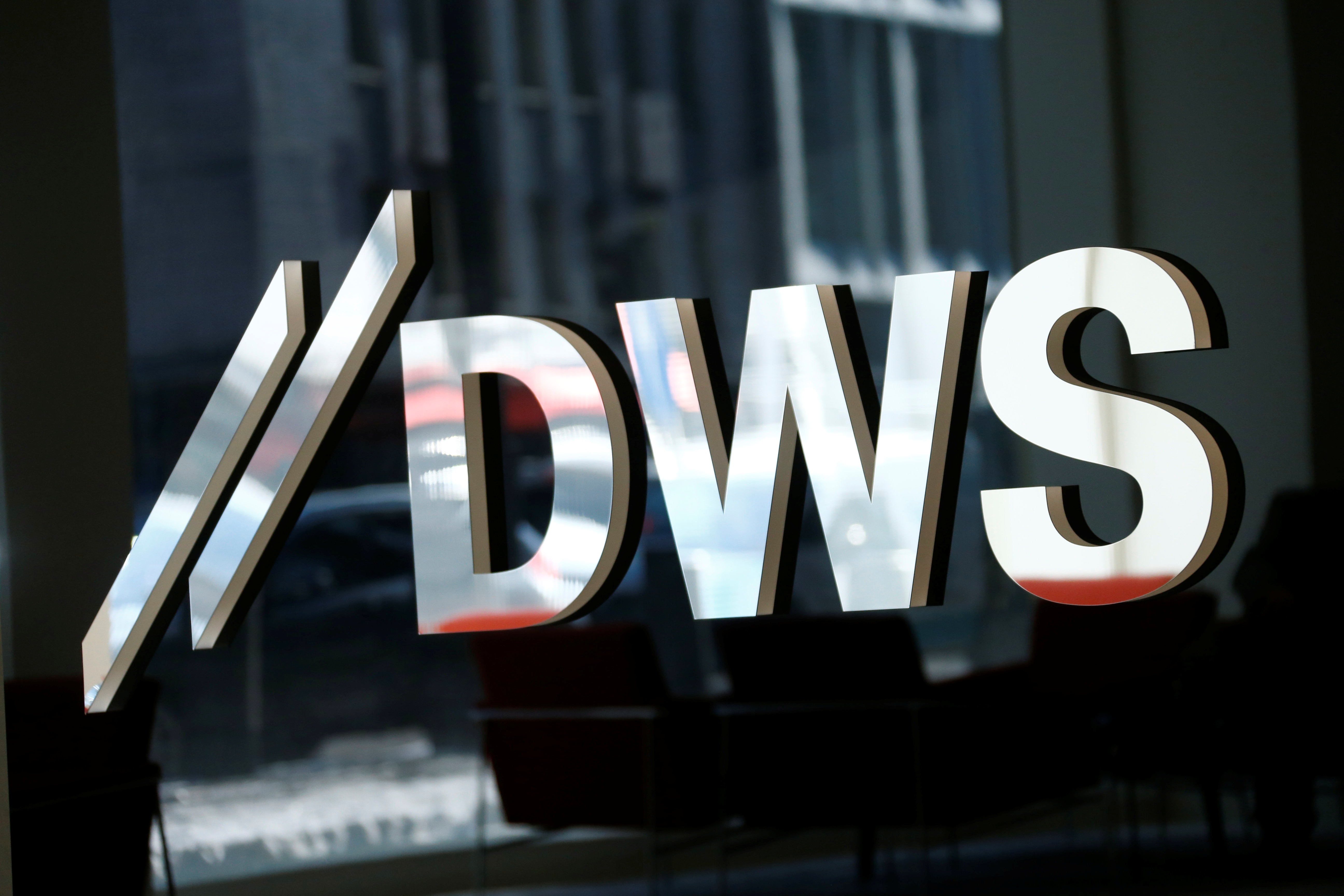 Suitors are circling the German bank’s money management division. Allianz or Amundi are interested and have deep pockets. And talks are underway with UBS’s asset manager, the FT reports. Deutsche’s problems make the structure of any transaction as important as the price tag.

The new logo of Deutsche Bank's DWS Asset Management is pictured at their headquarters in Frankfurt, Germany, March 19, 2018.

The asset management arms of Deutsche Bank and UBS are in talks to merge, the Financial Times reported on April 23, citing people close to the discussions.

Allianz and Amundi are both considering deals to take over Deutsche Bank's asset management unit DWS, Reuters reported on April 24, citing sources close to the matter.