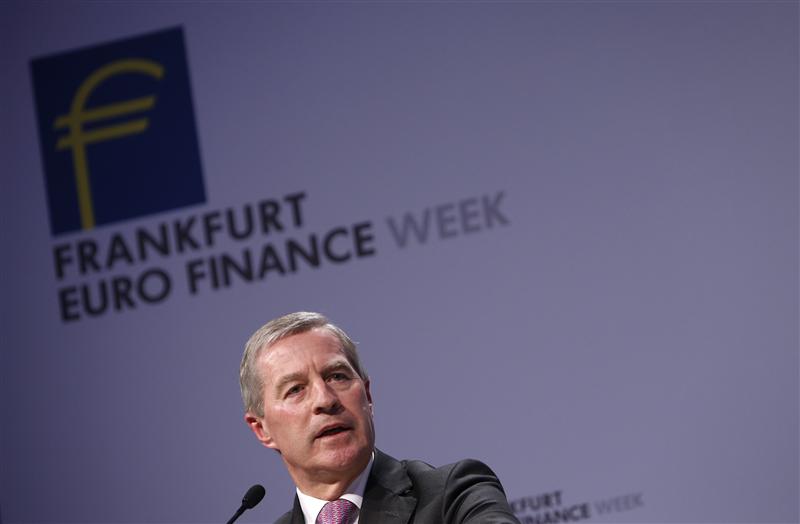 Deutsche Bank’s co-chief executives are running out of lives. For Anshu Jain and Juergen Fitschen, December is going to be a month to forget – and the punches just keep on coming. In the last week, Deutsche has warned on its fourth-quarter results, seen offices raided by the police, and been forced to pay damages to representatives of deceased media magnate Leo Kirch. Ahead lies a potentially costly settlement with authorities investigating how banks set Libor. The problems remove any margin for error as Deutsche’s bosses seek to reposition the bank for the post-crisis world.

This quarter’s loss wouldn’t have gone down so badly had Deutsche been clear about the costs of implementing its new strategy when it was unveiled in September. A profit warning in July also made investors oversensitive to bad news. In reality, Deutsche’s underlying performance doesn’t seem too bad right now. Benign market conditions have put it on track to reach a Basel III Tier 1 core capital ratio target of 8 percent by the end of March.

Meanwhile, Deutsche has sounded confident and vigorous in its denial of allegations of accounting wrongdoing in relation to mark-to-market positions during the crisis.

Even so, it’s not easy to put the legacy issues to one side. The distinction between new and old Deutsche is muddied because Jain and Fitschen were part of the past they are trying to move the bank away from. Fitschen and chief financial officer Stefan Krause are being investigated over charges of tax evasion related to a carbon trading scheme. As for Jain, he used to run the trading side of the bank which would have had a role in Libor setting.

On their own, none of the recent missteps would be enough to warrant deviation from a strategy barely four months old – especially when other banks are also smarting from legal and regulatory crackdowns. But Deutsche’s revival plan was, by its admission, evolutionary not revolutionary. That makes it harder for investors to see why it is worth overlooking simultaneous bad news surrounding management, regulators, and results. Fitschen and Jain need to get ahead of events. One way would be to unveil a strategic acceleration in the New Year.

A Munich court on Dec. 14 ruled that Deutsche Bank has to pay damages to the representatives of deceased media magnate Leo Kirch. The amount in damages has yet to be set and will be by an outside expert, the court said, adding that its ruling could not be appealed.
Deutsche Bank said on Dec. 13 that restructuring charges and the revaluation of some of its assets would hit earnings in the fourth quarter.
The German lender did not give specifics but its charges relate to its “Strategy 2015+” plan communicated in September. The announcement was intended to dampen over-optimistic market expectations, according to a person familiar with the situation. Operational performance in the bank’s core business in October and November had been solid.
Deutsche also said it had completed the formal establishment of its Non-Core Operations Unit, which will hold 122 billion euros of assets.