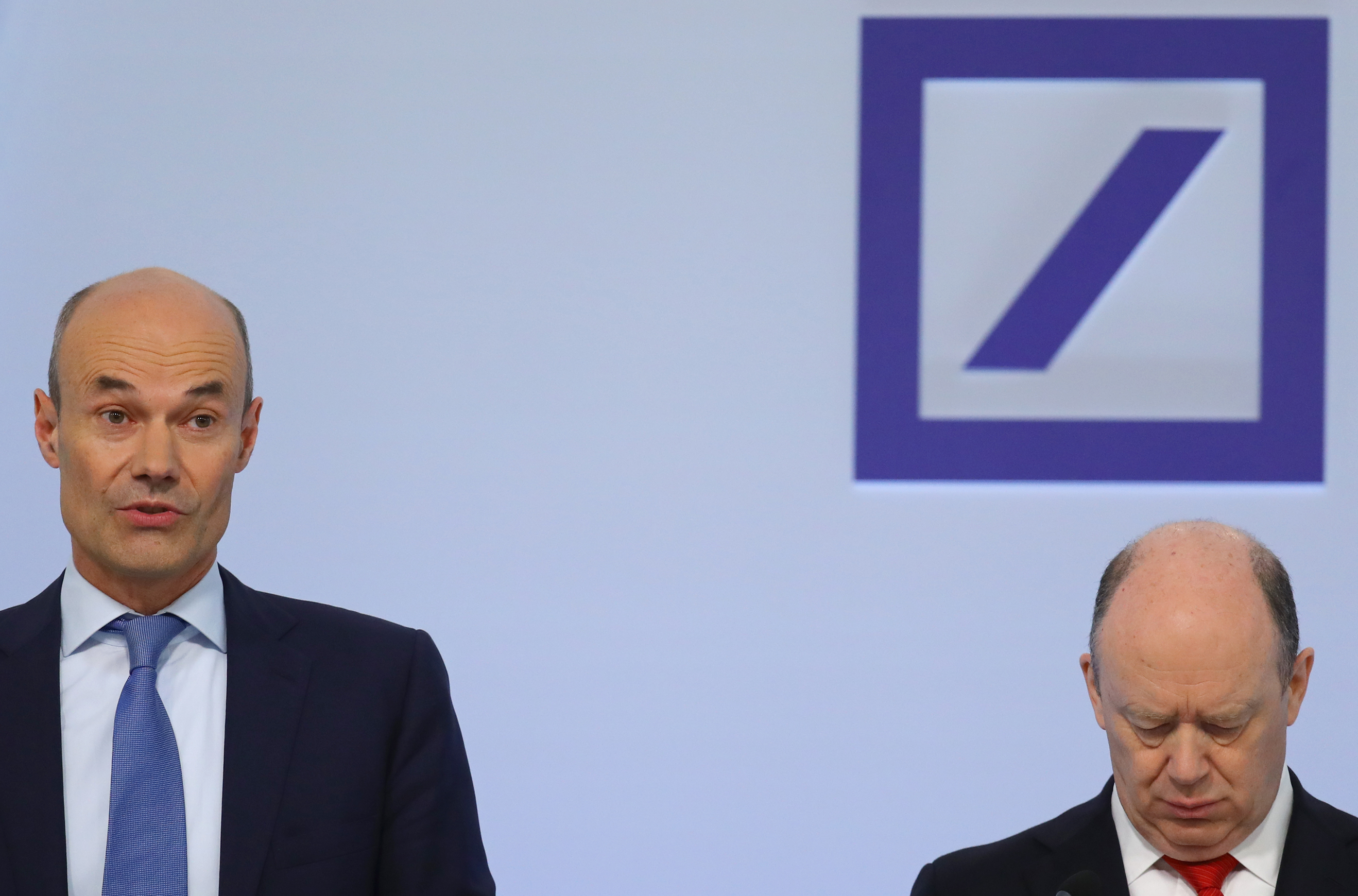 The German lender is to raise 10 bln euros, chiefly via a rights issue and a part-IPO of its funds arm. Assuming slimmed-down revenue can then grow, there’s a path to hit a 10 pct return goal in the medium term. But the fragile investment bank will need to do the heavy lifting.

Deutsche Bank on March 5 said it would raise 8 billion euros ($8.5 billion) through a rights issue and a further 2 billion euros from asset disposals including a flotation of a minority stake in its fund management division.

The German lender has decided to retain its Postbank retail banking division rather than selling it, and the overall group will now be split into three main divisions: corporate and investment banking, which will include its global markets business; a combined retail and private bank; and asset management.

A host of new targets include a leverage ratio of 4.5 percent or higher, a common equity Tier 1 ratio of "comfortably above" 13 percent, and an adjusted cost base (including Postbank) of about 22 billion euros by 2018 and about 21 billion euros by 2021.

Deutsche’s rights issue is fully underwritten by a consortium of banks and the subscription price has been set at 11.65 euros a share, a 39 percent discount to Deutsche Bank's closing price on March 3.

Deutsche Bank shares on March 6 opened at 17.9 euros, down 6 percent from that last closing price.

The theoretical price of Deutsche's shares after its rights issue would be 16.6 euros a share.