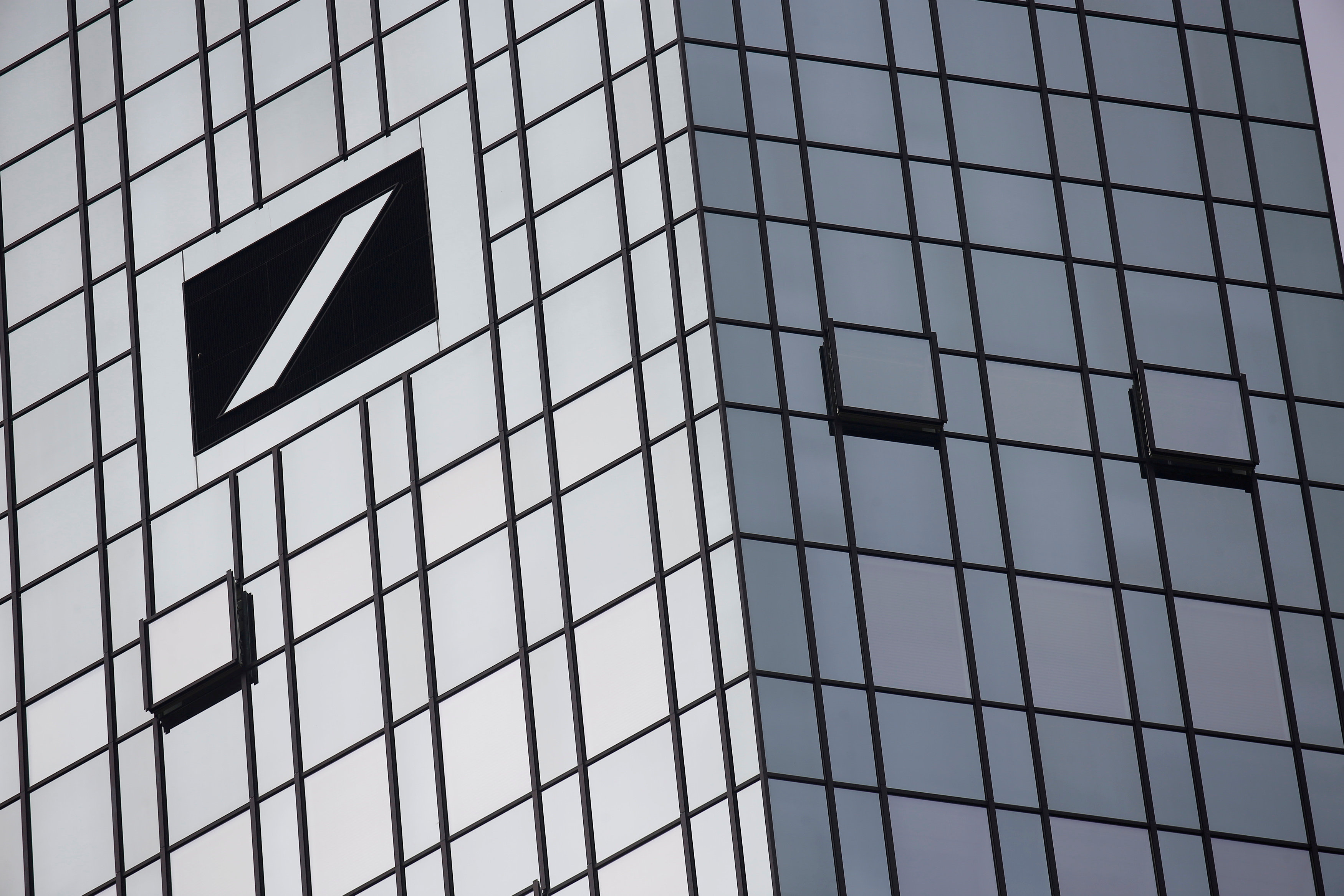 Several factors argue against Deutsche Bank getting into serious distress. But only one matters. Chancellor Angela Merkel would have to be either brave or foolish to let Germany’s biggest bank by assets fail.

Deutsche Bank’s market capitalisation fell below 14.5 billion euros on Sept. 26 after German magazine Focus reported that Merkel had ruled out helping Chief Executive John Cryan in a dispute with U.S. authorities, or bailing Deutsche out in a crisis. The value of its equity now looks way out of whack with its 1.4 trillion euro balance sheet. The troubled lender’s shares are now down a fifth since it confirmed on Sept. 15 that the U.S. Department of Justice had suggested a $14 billion mortgage securities settlement.

The bank is cushioned by more than one airbag. As of December, it had enough liquid assets to cover total net cash outflows over a 30-day stressed period and then some. Since then, it has added to such reserves. It also has 10 billion euros of subordinated and hybrid debt that could be converted to equity if its so-called Tier 1 common equity capital, as a proportion of its risk-weighted assets, fell below regulatory minimums. Partial comfort, at least, for those that fret about its some 400 billion euros of murkier assets, which include derivatives exposures and margin reserves.

Markets have been sanguine about the knock-on effects for other banks. The spread on the Markit iTraxx Europe Senior Financials Index, which includes credit default swaps on senior bank bonds, is 99 basis points – well below a February peak of 136 basis points. Still, Germany’s Norddeutsche Landesbank put a senior bond on ice on Sept. 26, citing investor skittishness, IFR reported.

The bad scenario is that large fines leave Deutsche needing to raise capital by 2018 in order to meet regulatory minimums, but that willing shareholders cannot be found. If that happened, Deutsche would be subject to European rules that call for certain investors to be forcibly converted into equity. The problem is, those rules are only half baked. They have only been used on domestically focused European businesses – which Deutsche is not.

The relatively muted reaction implies then that U.S. lawmakers will stop short of mammoth fines – or that if they go ahead, the German government might find some way to prop Deutsche up. Both are plausible. Cryan’s institution was recently branded the world’s most systemically risky by the International Monetary Fund. Berlin has little reason to test what that really means.

Shares in Deutsche Bank fell 7.5 percent on Sept. 26 after German magazine Focus reported that Chancellor Angela Merkel had indicated the lender would get no help from Berlin in resolving the bank's dispute with the U.S. Department of Justice.

Deutsche Bank said on Sept. 26 that it had no need for German government help to reduce a fine of up to $14 billion and had not requested it.