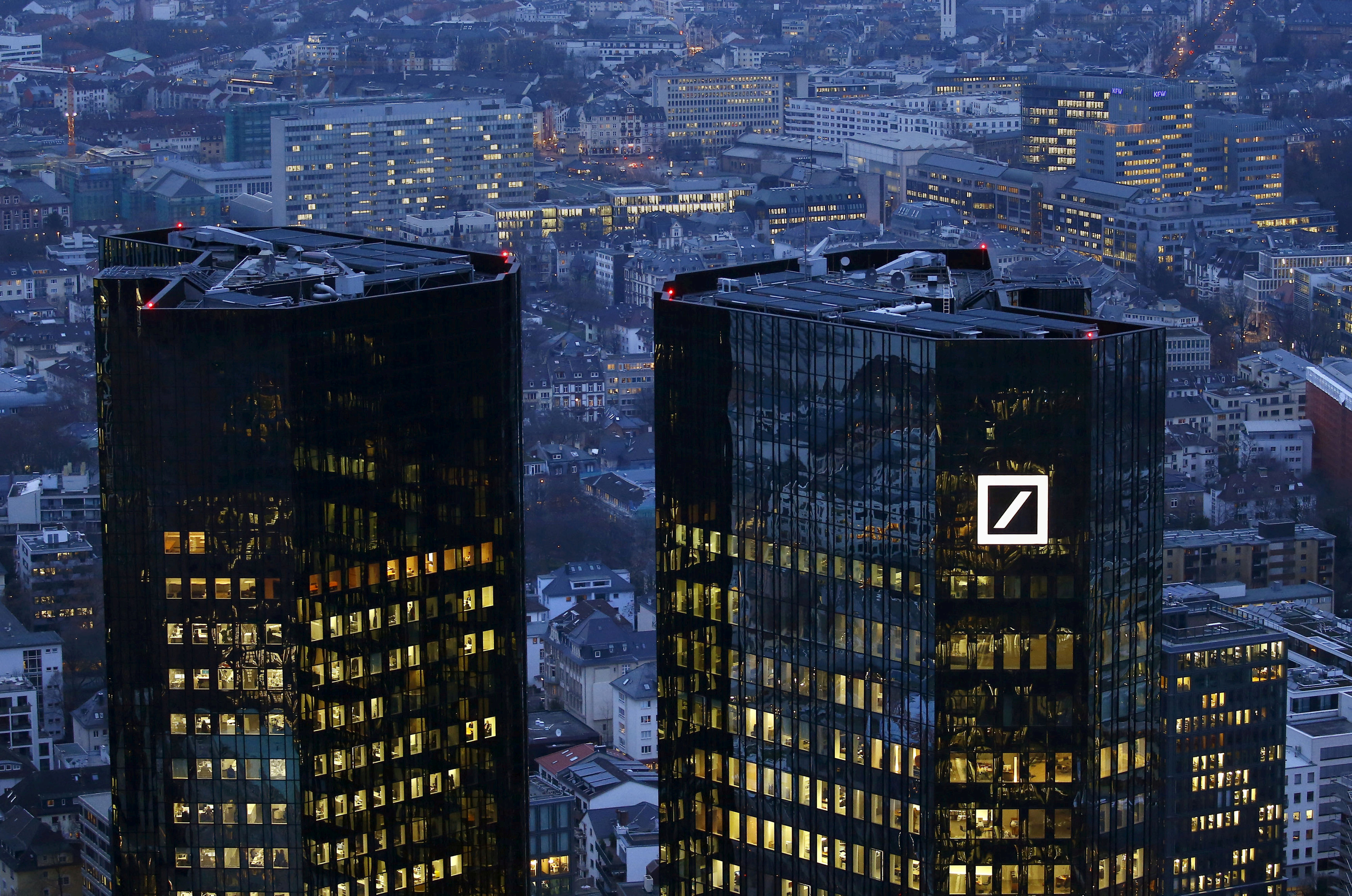 Deutsche Bank has credible liquidity shock absorbers. The German lender reassured its own employees on Sept. 30, not for the first time, after reports that some hedge funds were withdrawing cash. It clearly has big problems, but a 2008-style liquidity implosion need not be one of them.

Since that crisis, regulators have revamped the way they oversee bank liquidity. The centrepiece of this is the so-called Liquidity Coverage Ratio, which tests the quantity of assets a lender holds to withstand 30 days of investors pulling money in a stress scenario partly modeled on the financial crisis. The idea is for liquid reserves to be at least 100 percent of likely outflows. Deutsche’s 124 percent as of June is better than that of big peers like BNP Paribas and Citi, and means at the very least that regulators have breathing space if lots of Deutsche’s varied customers decide to withdraw their money.

That’s not a problem at the moment. Some 72 percent of its 992 billion euro balance sheet was funded by capital providers such as retail depositors, who are likely to be the least flighty, as of the end of June. True, what’s left still exceeds the 223 billion euros of cash and liquid securities that represent the bank’s first line of defence. But jittery hedge funds provide only 33 billion euros.

Deutsche’s own relatively robust liquidity can’t stop customers withdrawing money if they start to panic. But the real reason they shouldn’t is the arsenal of central bank liquidity support available to it should that be needed. Since 2008, when Lehman Brothers collapsed, and panicked authorities had to take stakes in banks like RBS to neutralise fears over their access to funding, the system has been significantly tooled up.

In return for central bank funding, Deutsche would have to offer up collateral it could swap for overnight, one-week, three-month, or four-year funding from the European Central Bank. That funding costs next to nothing, and Deutsche had 120 billion euros of very low risk German mortgages as of the end of last year. Even if it runs out of eligible collateral it could access unlimited Emergency Liquidity Assistance (ELA) from its national central bank – so long as the ECB’s Governing Council signed it off, and the bank was deemed solvent.

Of course, if Deutsche were to be in the position of needing hundreds of billions of euros of ELA it would become a huge political issue. But the German government would probably have taken steps to restore confidence long before that happened.

Some hedge funds have started to limit the business they do with Deutsche Bank, the Financial Times reported on Sept. 29. One large Asian fund has withdrawn $50 million of cash collateral, Reuters reported.

"There are forces now under way in the market that want to weaken confidence in us," Cryan said in an internal letter to employees seen by Reuters. "Our job now is to ensure that this distorted perception does not more strongly influence our day-to-day business."

Italy's economy minister meanwhile urged for a rapid solution to Deutsche Bank's problems in a newspaper interview published on Sept. 30.

"Just like the problem of bad bank loans must be solved within a reasonable time frame, so it should be for Deutsche Bank's problems," Pier Carlo Padoan told Italian daily La Stampa.

Deutsche Bank's stock price has collapsed since it emerged that the U.S. Department of Justice wants to impose a fine of up to $14 billion for mis-selling mortgage-backed securities.