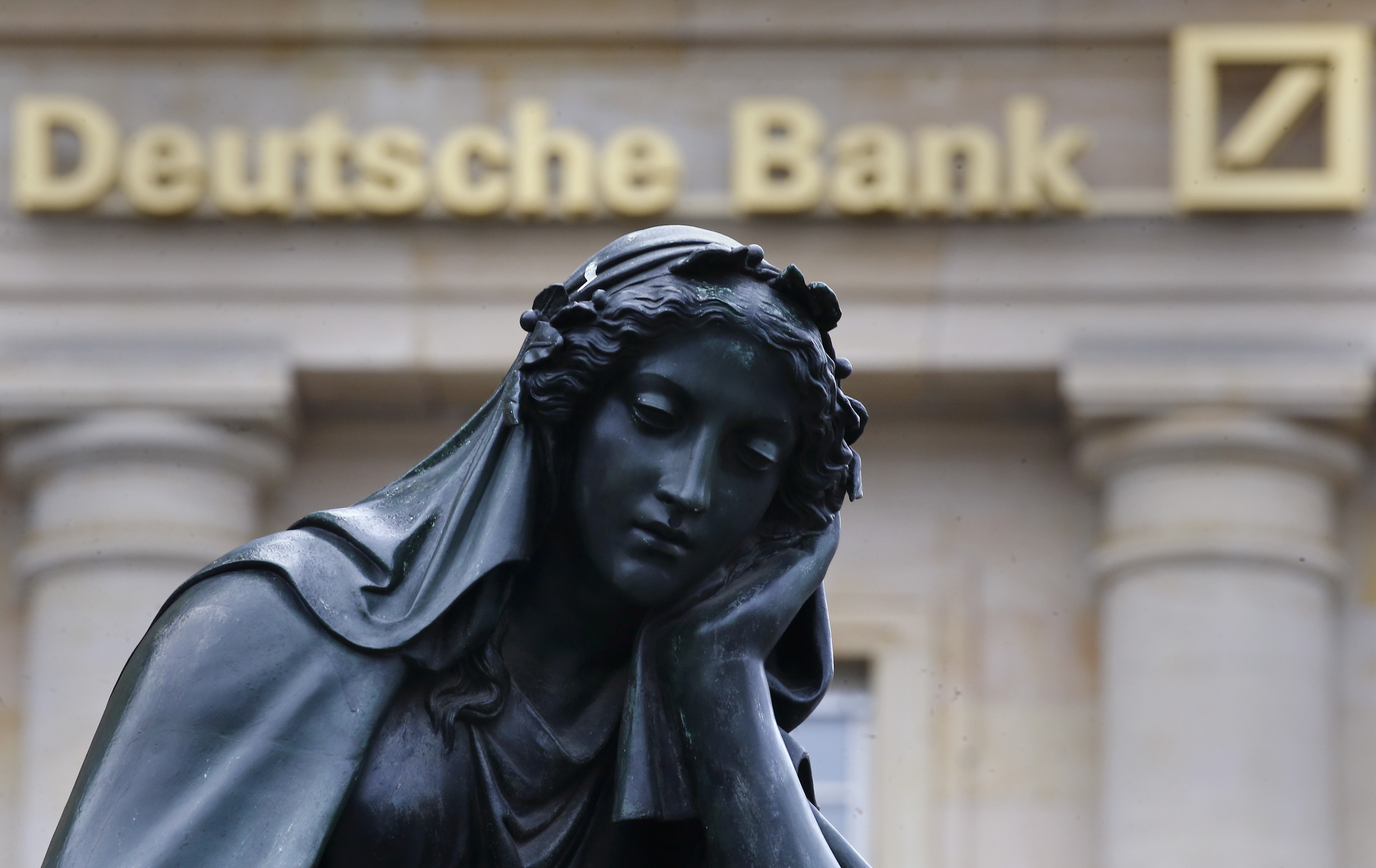 Deutsche Bank’s better-than-expected first quarter merits an unofficial upgrade: from dire to merely depressing. Co-Chief Executive John Cryan presided over earnings of 236 million euros in the three months to March, confounding average forecasts for a net loss of about that size. But Deutsche’s capital position weakened, annualised return on tangible equity (RoTE) was just 1.6 percent and the only bit that really beat revenue expectations was Postbank, which is on the block.

Cryan, who becomes sole boss of the bank in May, has an unenviable task and faces tougher quarters ahead. He reckons Deutsche will either make a loss or at best a small profit for 2016. The plan is to take most of the restructuring pain upfront in the remaining months of the year, by selling off assets and settling the majority of Deutsche’s outstanding litigation. This will have to be done against the distracting backdrop of a boardroom squabble over how far legal probes into the bank’s past should go. It seemed blackly appropriate that on the same day that it reported, Deutsche said an exhibition by its “Artist of the Year” would look at the concept of collective failure.

The bank’s new reporting structure shows how far it has to go to stop destroying value for shareholders, even in largely litigation-free quarters such as this. All Deutsche’s divisions bar its smallest by revenue – asset management – failed to make an RoTE of above double digits. And asset management is hardly problem-free: investors withdrew 14 billion euros in the three months to March.

Why might Deutsche deserve a slightly better rap? First, this was a miserable quarter for investment banking, which accounts for 40 percent of its revenue. More importantly, Deutsche took the full cost of its annual bank levy for Europe’s Single Resolution Fund in the period. Evening that out over the course of the year would mean that its annualised RoTE would have been a slightly better 5.2 percent. That’s nothing to write home about, but with Deutsche trading around 0.45 times its tangible book value, it’s more than priced in.

A statue is seen next to the logo of Germany's Deutsche Bank in Frankfurt, Germany, January 26, 2016.

Deutsche Bank on April 28 reported first-quarter earnings of 236 million euros, beating average analyst estimates for a net loss of about the same size, as revenue and costs exceeded the expectations recorded by the lender itself.

However, Deutsche missed consensus forecasts on its two main regulatory capital ratios, with its common equity Tier 1 ratio down 40 basis points in the three months to the end of March to 10.7 percent, and its leverage ratio dropped 10 basis points to 3.4 percent over the same period.

“2016 will be the peak year for our restructuring efforts,” Chief Executive John Cryan said in a statement.