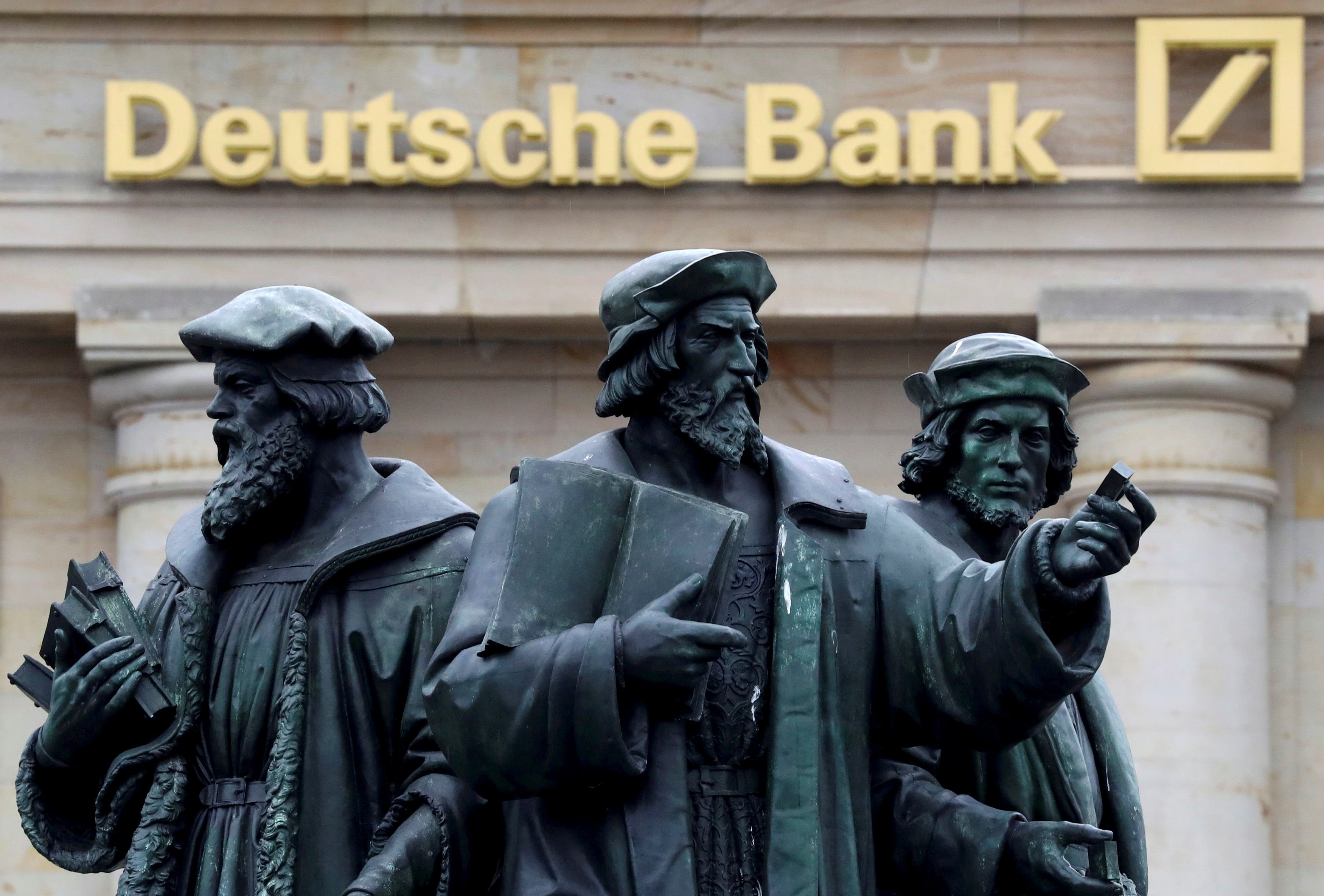 The German bank is targeting a 4 percent return target for 2019. To achieve it, the German lender requires revenue to hold steady while cutting costs to 22 billion euros. Given ongoing declines in the investment bank, even that modest goal looks ambitious.

A statue is pictured next to the logo of Germany's Deutsche Bank in Frankfurt, Germany September 30, 2016. REUTERS/Kai Pfaffenbach/File Photo - RTX2SR45

Group pre-tax profit was 711 million euros, down 13 percent year-on-year. The bank made a return on tangible equity of 2.7 percent, compared with 3.2 percent over the same period during the previous year.

In April CEO Christian Sewing described shareholder returns as “not acceptable” and pledged to cut back businesses in the United States and Asia to better focus on European clients. The lender’s common equity Tier 1 capital ratio rose to 13.7 percent, from 13.4 percent three months earlier.

The bank aims to achieve a 4 percent return on tangible equity by 2019.