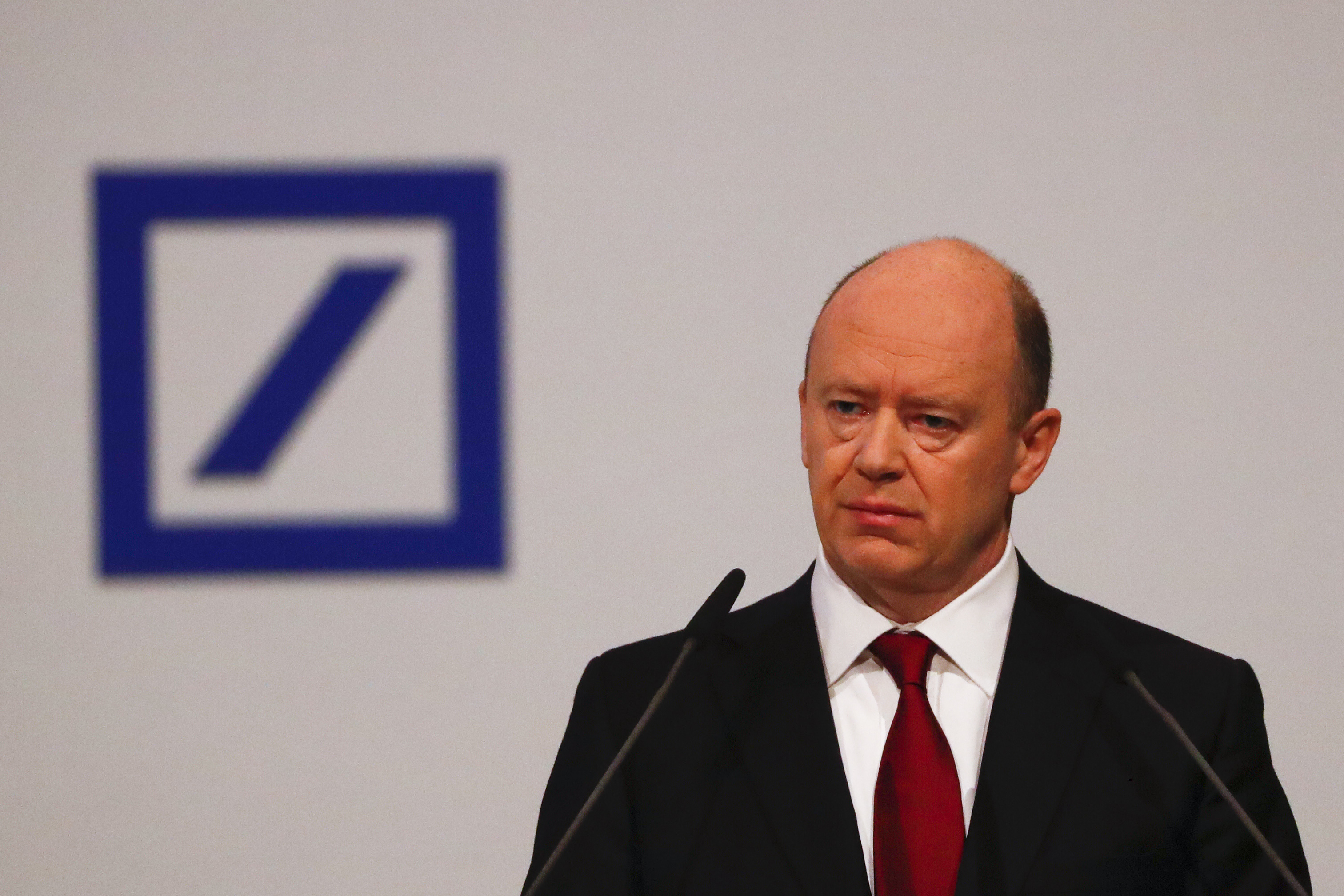 The prospect of large fines means the German lender may need capital, but the market is unlikely to provide it without decisive action. Breakingviews imagines what a younger version of boss John Cryan, then an investment banker at UBS, might advise his present-day equivalent.

Shares in Deutsche Bank fell as much as 11 percent in the week starting Sept. 26, after German magazine Focus reported that Chancellor Angela Merkel had indicated the lender would get no help from Berlin in resolving the bank's dispute with the U.S. Department of Justice (DOJ).

Deutsche Bank said on Sept. 26 that it had no need for German government help to reduce a fine of up to $14 billion and had not requested it. By 1030 BST on Sept. 29, the German lender’s shares were trading at 10.86 euros, 4.9 percent below their close on Sept. 23, and 0.8 percent up from the previous day.

A senior lawmaker in Germany said on Sept. 29 that the country will not grant any more state aid for ailing banks. The finance ministry on Sept. 28 brushed off a report that a rescue plan was being prepared in case Deutsche was unable to raise capital to pay legal bills.

The DOJ has proposed a fine of up to $14 billion, though Deutsche has said it does not intend to pay that amount.