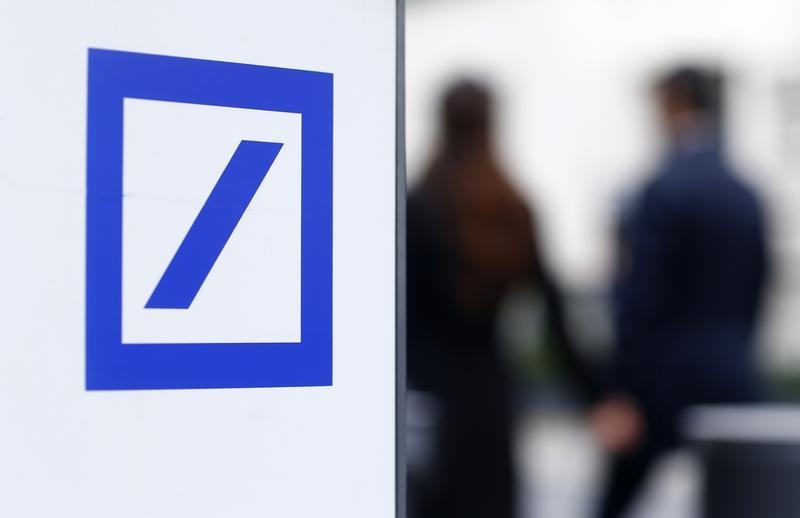 Deutsche Bank’s turbo-charged restructuring under new co-chief executive John Cryan has put the stick before the carrot. The latest step in the plan, unveiled on Oct. 18, will split each of the German lender’s securities and asset-gathering businesses in two. And four senior managers are to leave.

The personnel changes should help Deutsche Bank come to terms with its scandal-hit past. Out go transaction banking head Stefan Krause; European boss Stephan Leithner; asset-gathering chief Michele Faissola and co-head of investment banking Colin Fan. Many of their divisions are either shrinking or being given to other managers.

That means five of the six executives singled out by local regulator Bafin for incompetence or worse over the Libor-fixing scandal will have parted ways with the bank or been demoted by the end of the year. Though Deutsche Bank has said it disagrees with Bafin’s findings, the bloodletting at a minimum should help it repair relations with that supervisor.

Clients and investors also probably will be heartened by the prospect of future accountability. Deutsche Bank is separating the business of dealing with institutional fund clients from private and retail wealth management. And the high-octane trading businesses that have led to most of the bank’s fines – for missteps including Libor and foreign exchange-benchmark manipulation – will have to stand alone now.

It all feels like a foreshadowing of how Deutsche Bank’s planned shake-up of investment banking, due to be confirmed on Oct. 29, will pan out. Cryan’s predecessor, Anshu Jain, already had pledged to slash up to 150 billion euros, or $171 billion, of trading assets. It was anticipated these would come from the fixed income side, run by Fan. That looks even more likely now that Garth Ritchie, head of equities, has been promoted to run that business.

Cryan’s next task is ensuring the good bankers stick around. He warned them that this year’s bonuses may be endangered following the 5.8 billion euros of writedowns announced earlier this month. He’ll need to deliver a convincing and charismatic case for why Deutsche Bank can be great again. The negative part of his job is going well; now for the positive.

Four of Deutsche Bank’s top executives are to leave as part of a restructuring that will include splitting investment banking into two separate businesses, the German lender said on Oct. 18.

Jeff Urwin, whom Deutsche Bank hired from JPMorgan as co-head of investment banking earlier this year, will run a new business that combines advisory and origination as well as global transaction banking.

Colin Fan, Urwin’s counterpart, will leave the bank, with the trading businesses he oversaw due to be split into a separate segment called global markets. Garth Ritchie, Deutsche Bank’s head of equities, will run global markets.

Faissola’s division will also bifurcate into one serving private clients and another for standalone asset managers.

The bank is expanding its management board from eight to 10 people, but abolishing its 19-strong group executive committee.