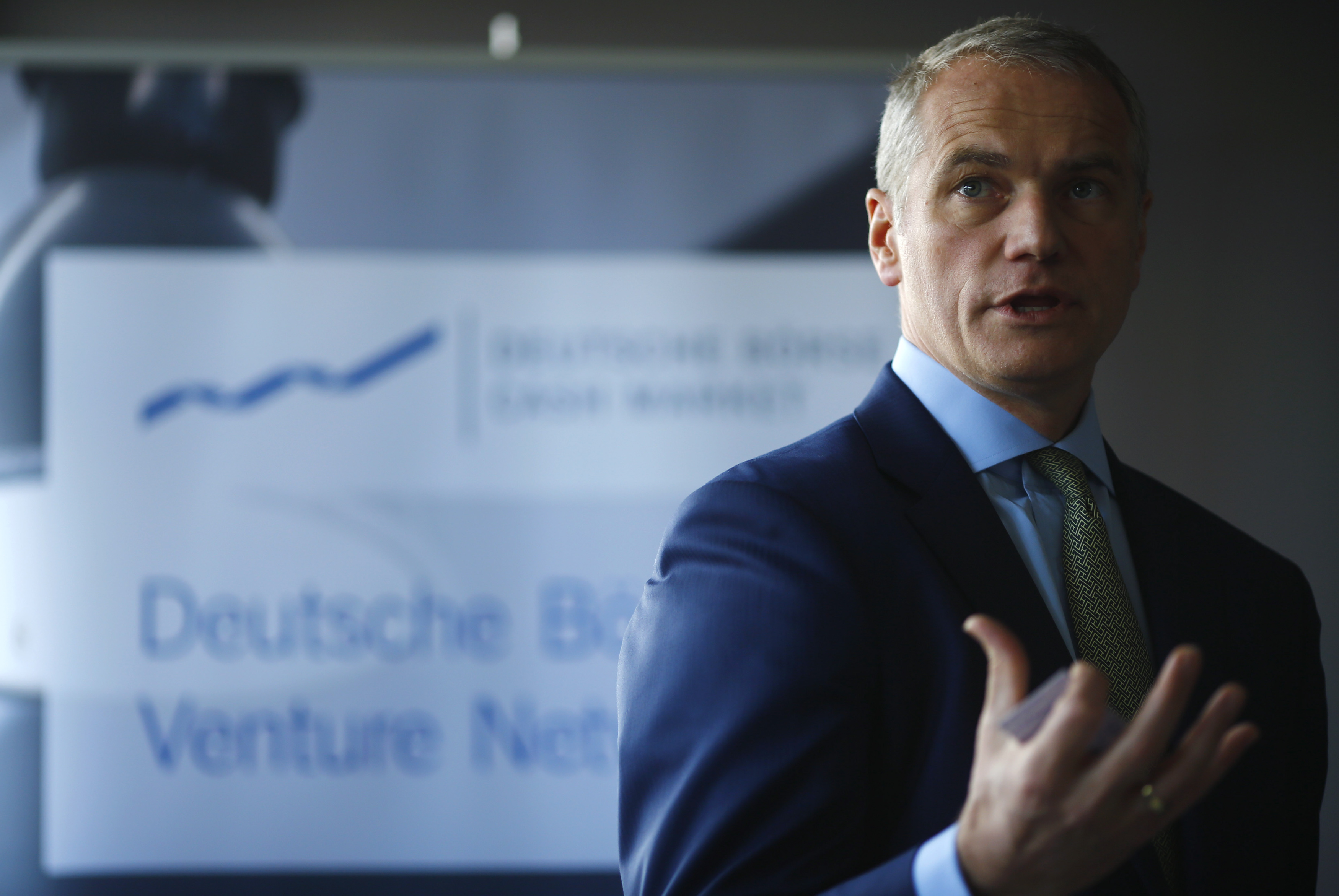 A bespoke pay package has led to insider trading allegations against the exchange’s CEO. Deutsche Boerse’s board didn’t have to incentivise Carsten Kengeter to buy shares worth 4.5 mln euros in 2015. It could have avoided the mess by structuring the award differently.

Carsten Kengeter, CEO of Deutsche Boerse talks to the media during the presentation of FinTec start-up facilities provided by Deutsche Boerse in Frankfurt, Germany, February 24, 2016. Deutsche Boerse's chief executive said equities trading would not be pulled out of Frankfurt in a merger with the London Stock Exchange, seeking to ease political concern over a German loss of jobs and power to London. REUTERS/Kai Pfaffenbach - RTX28BY0

German prosecutors said on Feb. 2 they were investigating how far merger talks between Deutsche Boerse and the London Stock Exchange had advanced by the time Boerse's chief executive bought 4.5 million euros ($4.9 million) worth of shares in his company.

Kengeter bought the stock in December 2015 as part of a management remuneration programme, just over two months before the merger talks were publicly announced. The Frankfurt prosecutor's office said it suspected that Kengeter already knew about the possibility of a merger when he bought the shares, which would constitute insider trading under German law.

"The initial suspicion results from talks held by the management of Deutsche Boerse and the London Stock Exchange between July/August and December 2015 that centred on a possible merger of the two companies and the question of where the holding company could be based," the Frankfurt prosecutor's office said in a statement.

The London Stock Exchange welcomed the chairman's support for Kengeter and said it looked forward to completing the planned merger between the two exchange operators.