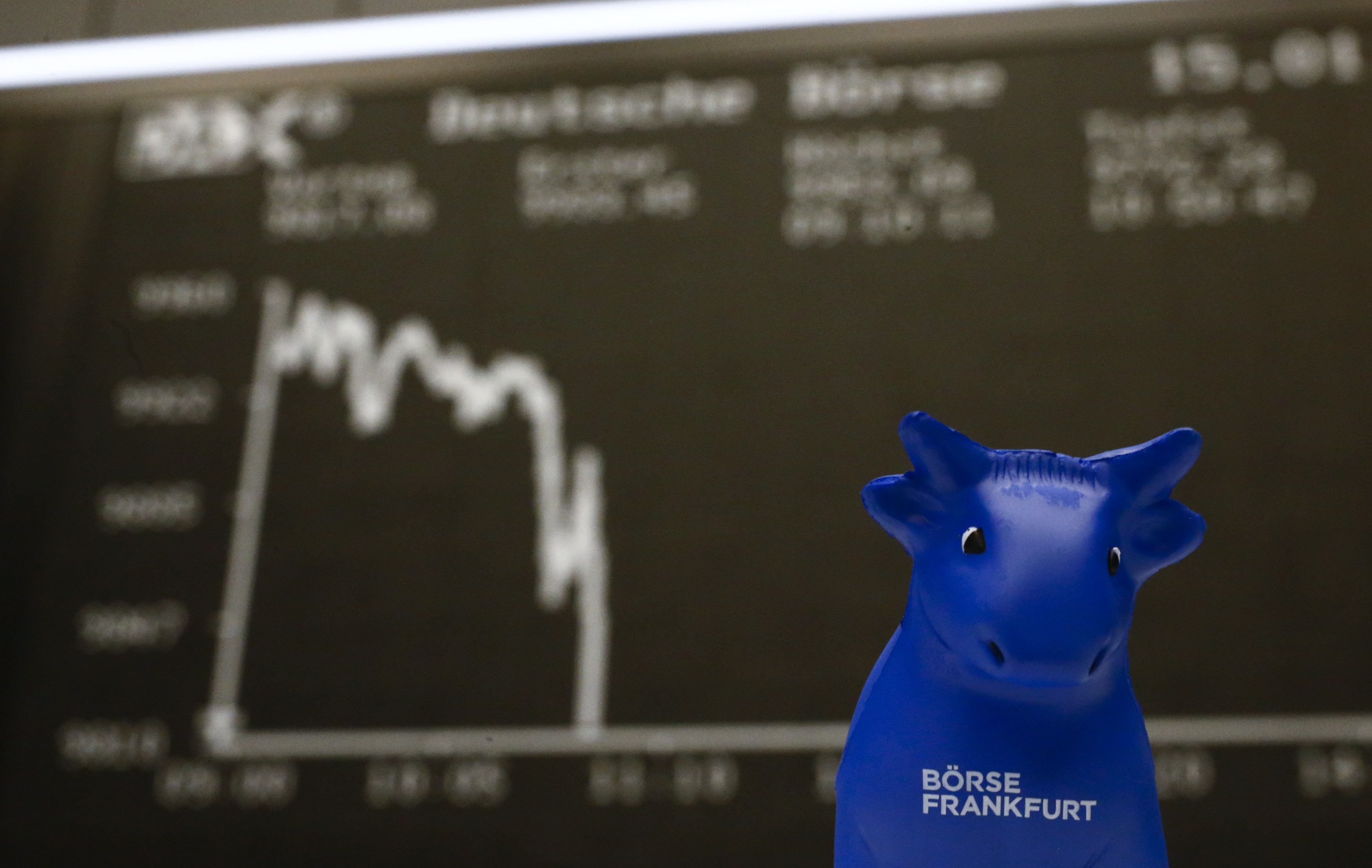 Almost all the UK exchange group’s shareholders voted in favour of merging with its German rival. Index funds are slowing Deutsche Boerse’s process. Still, local takeover regulations and post-Brexit difficulties in selling the deal mean it’s in DB’s interests to take its time.

A plastic bull figurine, symbol of the Frankfurt stock exchange is pictured in front of the German share price index DAX board at the Frankfurt stock exchange, January 15, 2015. Global markets were thrown into turmoil on Thursday as a shock move by Switzerland to abandon its three-year cap on the franc sent the currency soaring and Europe's shares and bond yields tumbling. REUTERS/Kai Pfaffenbach (GERMANY - Tags: BUSINESS TPX IMAGES OF THE DAY) - RTR4LIB2

Deutsche Boerse said on July 13 that the equivalent of 53 percent of shareholders had voted in favour of its proposed merger with LSE.

On July 11 Deutsche Boerse lowered the level of approvals needed to 60 percent from an earlier minimum of 75 percent.

LSE shareholders voted 99.89 percent on July 4 in favour of the deal.

Portugal and Belgium on July 13 asked Europe's anti-trust chief to act to prevent the merged group becoming so dominant that it would make access to finance more difficult.

Bundesbank board member Andreas Dombret said on July 13 Brexit had strengthened the business case for the deal, although the partners needed to invest in a "well-balanced governance structure".