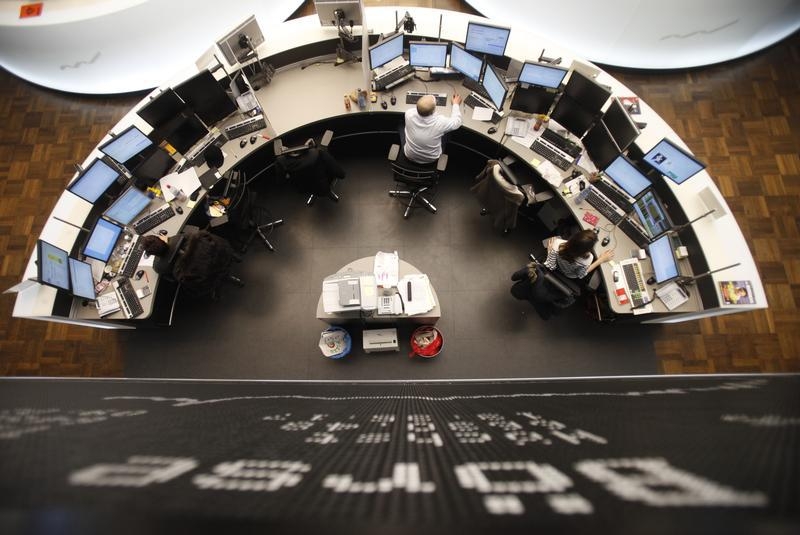 The German exchange lacks the punch of the industry’s biggest players. Incoming boss Carsten Kengeter, an ex-banker like LSE chief Xavier Rolet, could ape his London rival. That would mean a bigger push into growth areas like clearing or indexes, using M&A if necessary.

Traders work at their desks below the DAX board at the Frankfurt stock exchange February 1, 2012. European Union regulators have blocked the merger of exchange operators Deutsche Boerse and NYSE Euronext to avoid giving them a stranglehold on the European futures market. Deutsche Boerse and NYSE Euronext, which unveiled the plan to create the world's biggest stock exchange as long ago as February last year, said they would now unwind the deal, the sector's fourth failed tie-up attempt in a year. REUTERS/Alex Domanski

Kengeter, 47, worked at UBS from the end of 2008 to 2013, including a stint as chairman and CEO of the Swiss lender’s investment bank. Deutsche Boerse Deputy CEO Andreas Preuss will extend his mandate until May 31, 2018.