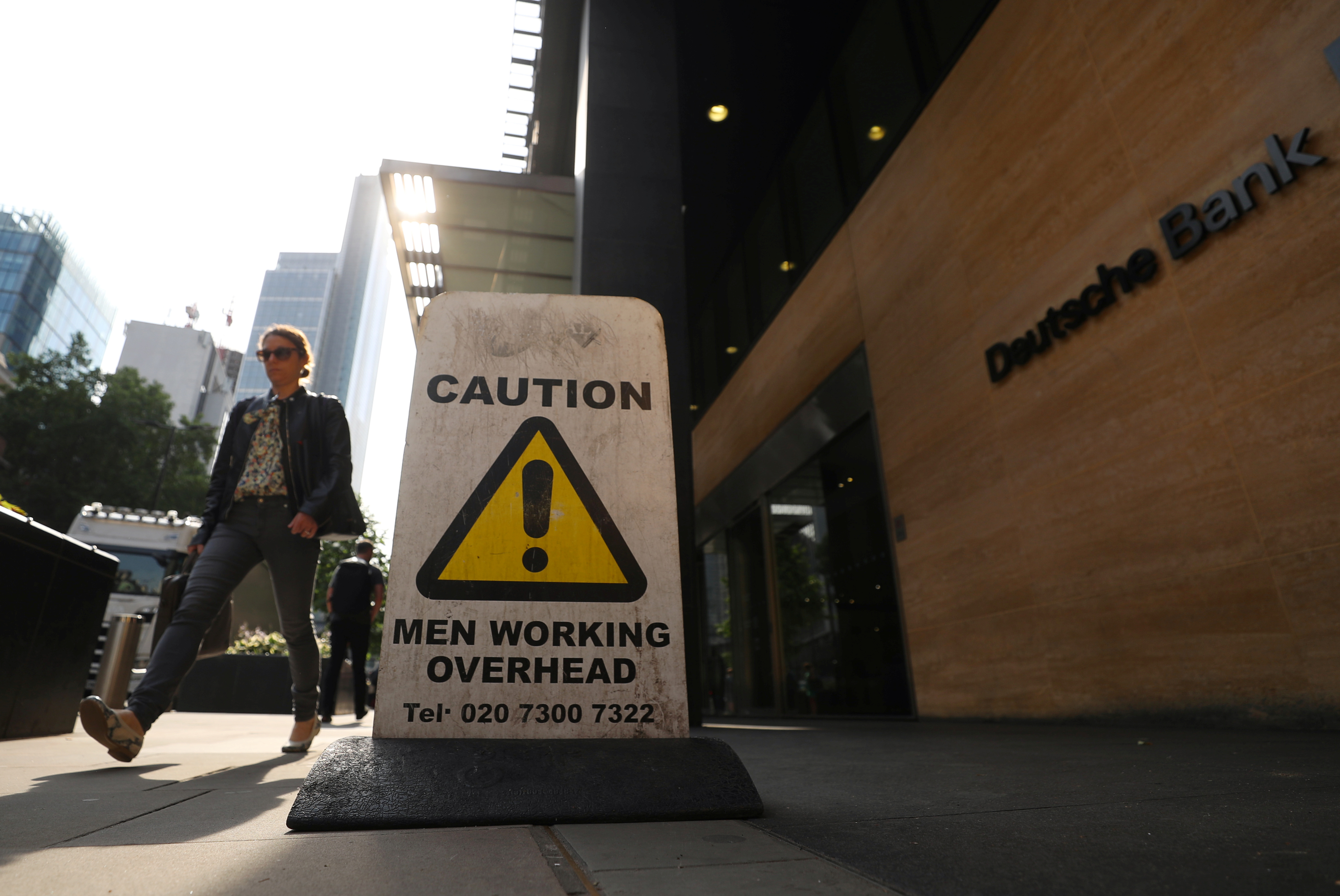 CEO Christian Sewing is hacking back the 15 bln euro bank’s unit that sells and trades shares in a bid to boost profitability. That makes sense given the sector’s stagnant revenue and low margins. Rivals should follow, but having one less player will reduce the pressure to act.

A pedestrian walks past a Deutsche Bank office in London, Britain July 8, 2019.

Deutsche Bank shares rose on July 8 as it launched one of the biggest overhauls of its investment bank since the financial crisis with plans to cut 18,000 jobs around the world.

The lender announced the job losses on July 7 as part of a restructuring plan that will cost 7.4 billion euros ($8.3 billion) and undo years of work that had aimed to make its investment bank a major force on Wall Street.

As part of the overhaul, the bank will scrap its global equities business and cut some operations in its fixed income unit, an area traditionally regarded as one of its strengths.

Deutsche Bank gave no geographic breakdown for the job cuts, though the bulk are likely to fall in Europe and the United States.