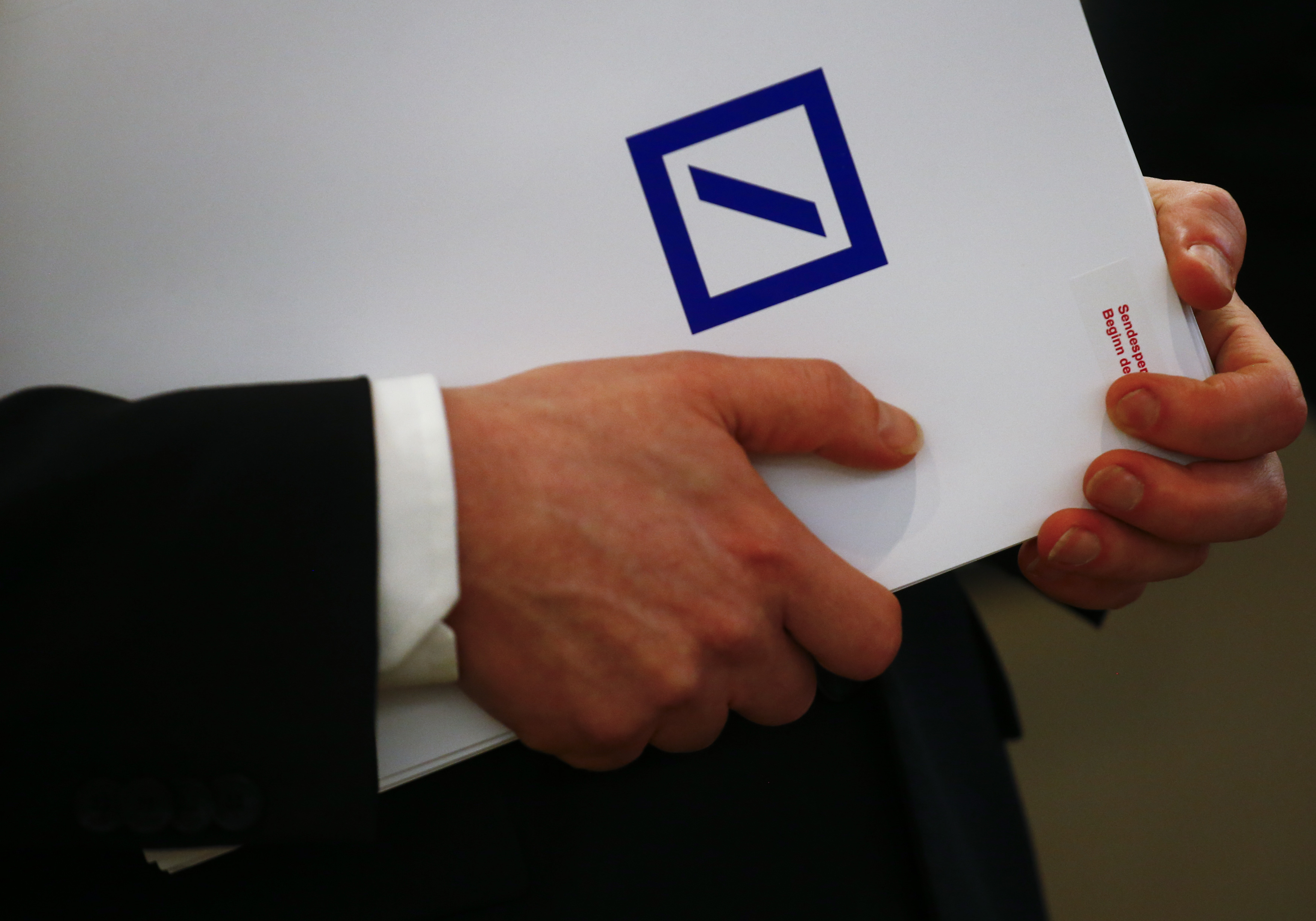 Deutsche Bank is making investors an offer they should refuse. The German bank on Feb. 12 offered to buy back 5 billion euros of its senior unsecured bonds, following a week in which its shares went on a roller coaster ride. A big take-up would generate more capital for Deutsche, but could also imply a lack of confidence in the bank’s solvency. Given the potential for bond prices to snap back, it may be better for investors to sit on the sidelines.

Banks have many reasons to buy back debt. For Deutsche, it’s a blend of bullish messaging and opportunism. Its bond prices have sunk sharply after concerns over the global economy, and whether the bank would cut off coupons on some of its equity-like capital instruments. Deutsche Bank Chief Executive John Cryan insists the bank is solid as a rock.

By buying back the debt, Deutsche can lock in a small profit, as some of the debt is trading at high yields – below par value, in other words. Investors might see this as a good deal too: Deutsche is offering a small bump on the current market price. It is offering, for example, to buy a bond maturing in 2021 at 94.4 percent of par, versus a current trading price on Feb. 11 of about 92.

Still, selling could end up looking pretty short-sighted. A week ago the same bond was trading at around 97 percent of par. An investor might have other reasons to sell: it’s hard to shift large quantities of bonds in current markets and some asset managers may be grappling with outflows. But, if they have any confidence in Deutsche – and there is no reason to doubt its solvency more now compared to two weeks ago – then they should expect the price to be above the bank’s offer pretty soon.

For both lender and bondholder, the best result would be a low take-up. That would show that bondholders have more faith in Deutsche than market prices right now suggest. Although the buyback is a logical move, this is one case where a failed auction might be a good outcome.

Deutsche Bank offered on Feb. 12 to buy back euro- and dollar-denominated bonds worth over $5 billion, after a week in which its debt prices fell on concerns over the bank’s health.

Deutsche Bank offered on Feb. 12 to buy back euro- and dollar-denominated bonds worth over $5 billion, after a week in which its debt prices fell on concerns over the bank’s health.