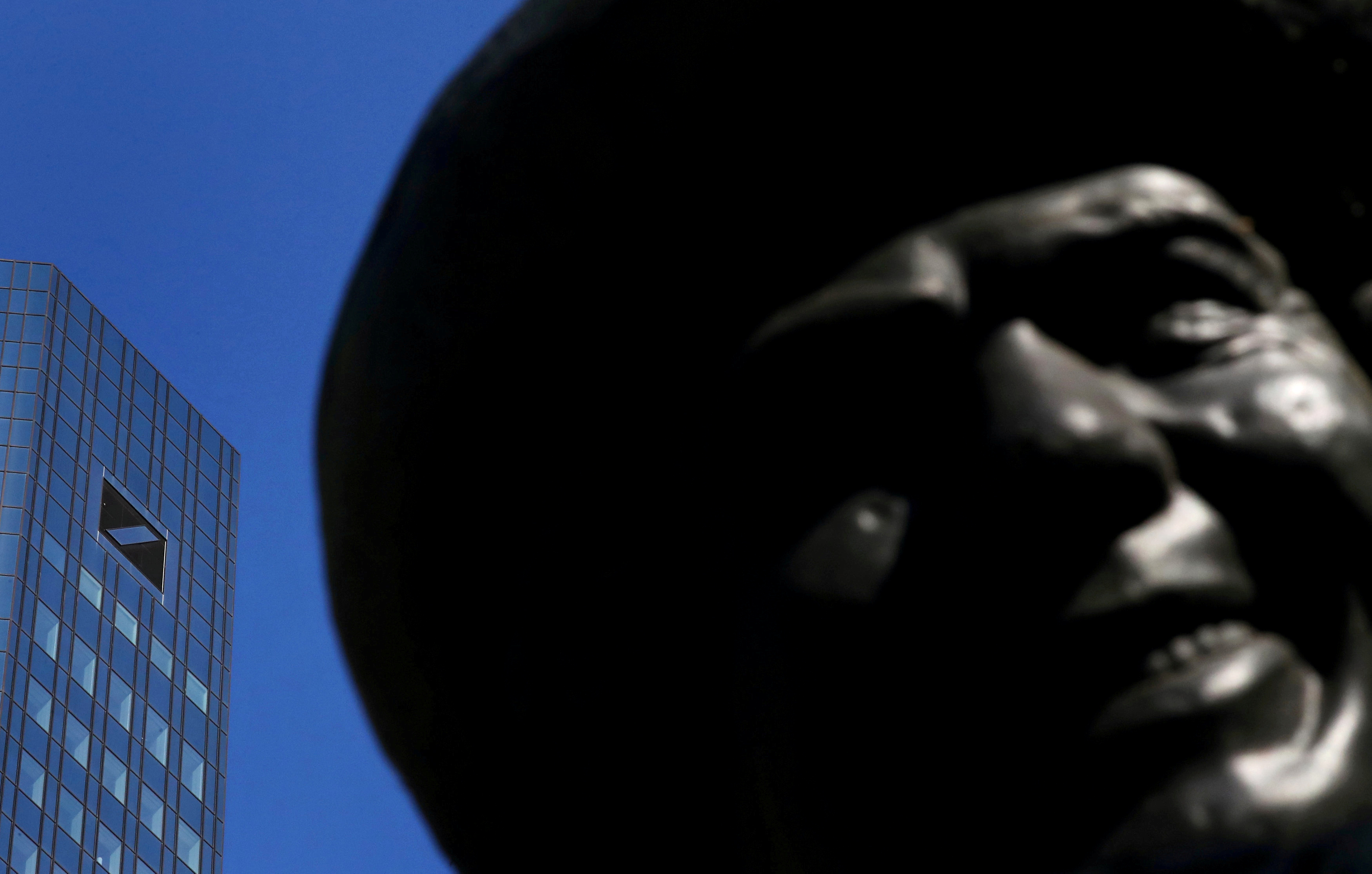 The German bank can weather a $7.2 bln hit for mortgage bond mis-selling. Credit Suisse’s settlement means it and Deutsche now have similar capital ratios, but the latter had more to lose. Barclays’ lack of a deal reflects its pluck – but possibly a bigger balance sheet thwack.

Germany's Deutsche Bank headquarters are seen next to the sculpture of a smiling man in Frankfurt, Germany, October 5, 2016. REUTERS/Kai Pfaffenbach/File Photo GLOBAL BUSINESS WEEK AHEAD PACKAGE - SEARCH 'BUSINESS WEEK AHEAD 24 OCT' FOR ALL IMAGES - RTX2Q541

Deutsche Bank and Credit Suisse on Dec. 23 agreed settlements in principle with U.S. regulators over their roles in mis-selling mortgage securities in the years before the financial crisis struck. UK lender Barclays still faces a prolonged legal fight over its participation in the market.

Deutsche Bank said it would pay a $3.1 billion civil penalty and provide $4.1 billion of consumer relief in the United States, after reaching an agreement with the U.S. Department of Justice. It added that it would take a pre-tax charge of around $1.2 billion in the three months to December as a result.

Credit Suisse said it would pay the DOJ a civil penalty of $2.5 billion and consumer relief of $2.8 billion. The Swiss bank expects to take a pre-tax charge of around $2 billion in its fourth quarter as a consequence.

Barclays said on Dec. 22 it would fight a lawsuit filed by the DOJ in relation to its sale of mortgage securities in the pre-crisis period, and that the regulator's claims were "disconnected from the facts".