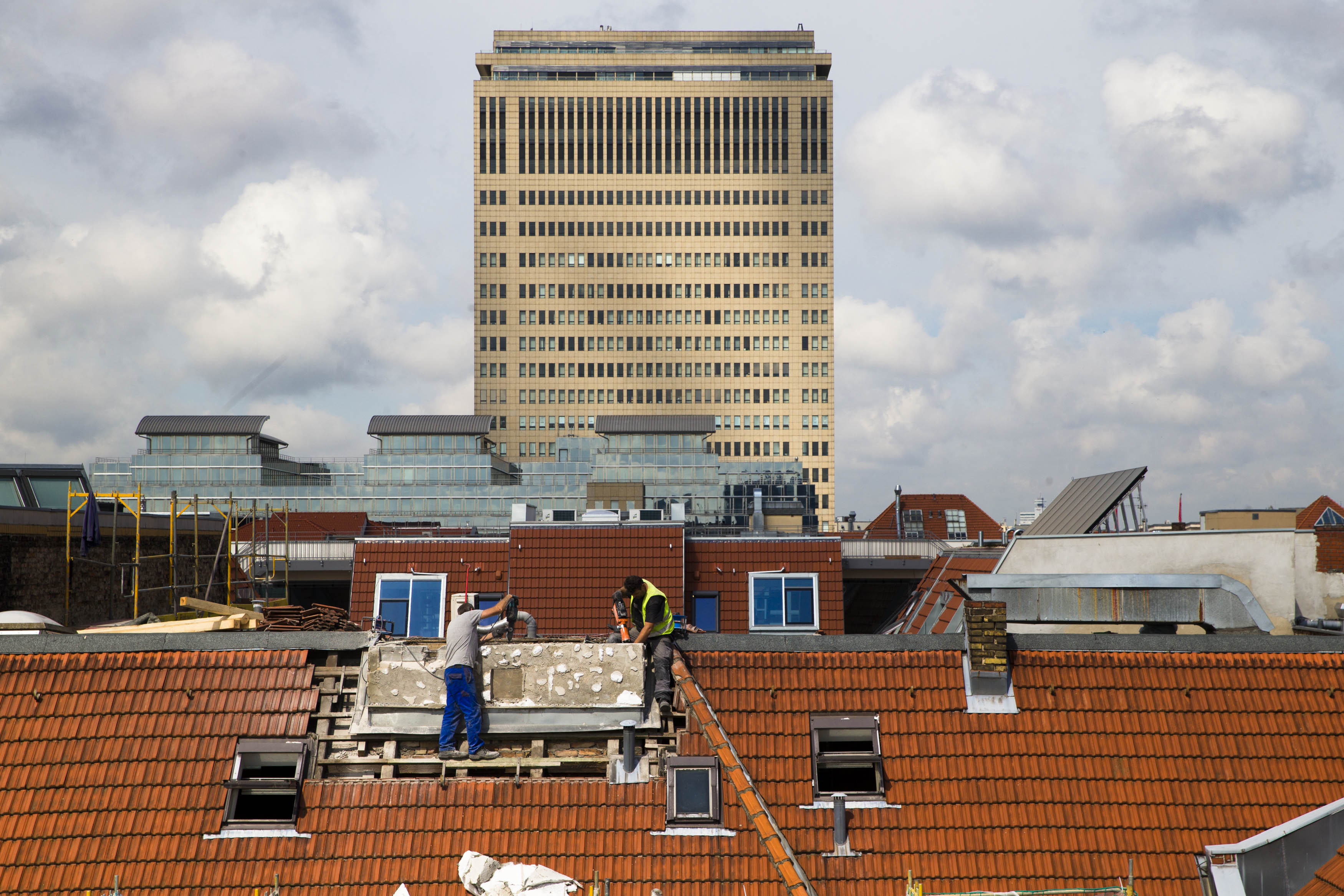 German residential landlord Deutsche Wohnen is taking its defence against a hostile 14 billion euro bid by rival Vonovia to an elevated level. The Berlin-based target is acquiring more than 13,500 flats scattered across Germany, pushing up net debt by a quarter to 5.7 billion euros. It may be enough to secure the target’s independence, but could backfire later.

The transaction addresses one of Wohnen’s key weaknesses in the takeover battle: its relatively low level of leverage. Gearing up allows it to undermine the financial architecture of Vonovia’s hostile bid, as the highly-leveraged bidder is planning to borrow another 2.9 billion euros to pay for the offer.

If Vonovia’s offer went through, the merged company would sit on debt worth 54.1 percent rather than 52.4 percent of its property portfolio, a Breakingviews estimate shows. This is tangibly above the 50 percent analysts tend to regard as healthy and increases the risk that Vonovia may have to raise more capital in the future.

The catch for Wohnen is that its defence is coming at a rich price. The bulk of the flats Wohnen is buying now are being sold by rival Patrizia Immobilien, which only bought them last May from Scandinavian investors for 900 million euros – more than a fifth less than what Wohnen is paying now.

If the new portfolio is really as attractive as Wohnen’s Chief Executive Michael Zahn says it is, the open question is why he did not buy it less than six months ago for less. If optimising the capital structure was the main objective, he could have pursued less risky alternatives like paying out a special dividend.

Deutsche Wohnen has lost its chief finance officer earlier this month, and Zahn has already been under pressure for two botched acquisitions earlier this year. The latest deal looks unlikely to improve his reputation.

German-listed landlord Vonovia on Nov. 30 said it will continue to pursue its 14 billion euro takeover bid for Berlin-based rival Deutsche Wohnen. The target late on Nov. 27 said it has agreed to buy property portfolios of 15,200 residential units worth about 1.2 billion euros, of which more than 13,500 were acquired from peer Patrizia Immobilien.

Deutsche Wohnen is currently the subject of a 14 billion euro takeover offer from Vonovia, including debt, which Deutsche Wohnen has rejected as undervaluing the company. Vonovia is holding an extraordinary shareholder meeting on Nov. 30 to approve a 7 billion euro capital increase needed to finance the bid for Wohnen.

This context news has been corrected to say that Deutsche Wohnen bought 15,200 residential units rather than previously stated 13,500, and that the 13,500 were bought from Patrizia Immobilien.