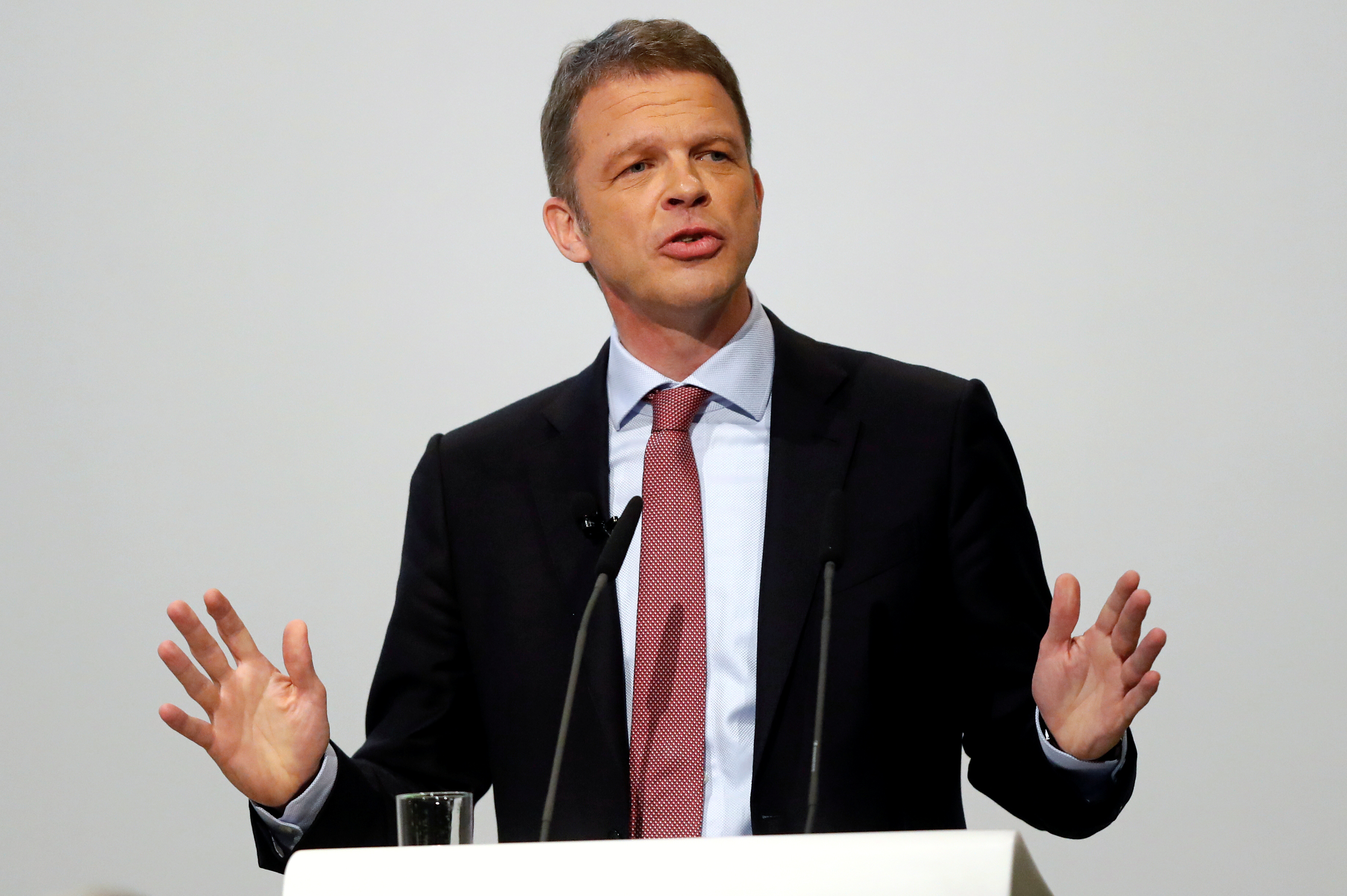 Christian Sewing, new CEO of Germany's Deutsche Bank, gestures as he addresses the audience during the bank's annual meeting in Frankfurt, Germany, May 24, 2018.

Deutsche Bank on Oct. 30 said revenue was 5.3 billion euros in the three months ending on Sept. 30, or 15% lower than in the same period a year earlier. The German lender’s pre-tax loss was 687 million euros.

Chief Executive Christian Sewing said revenue at Deutsche’s “core bank”, or the bits of the business it plans to keep, shrank by 3% excluding one-off factors like derivative liability adjustments. Adjusted costs in the core bank were down 2% to 4.7 billion euros, leading to a pre-tax profit of 353 million euros for the unit.