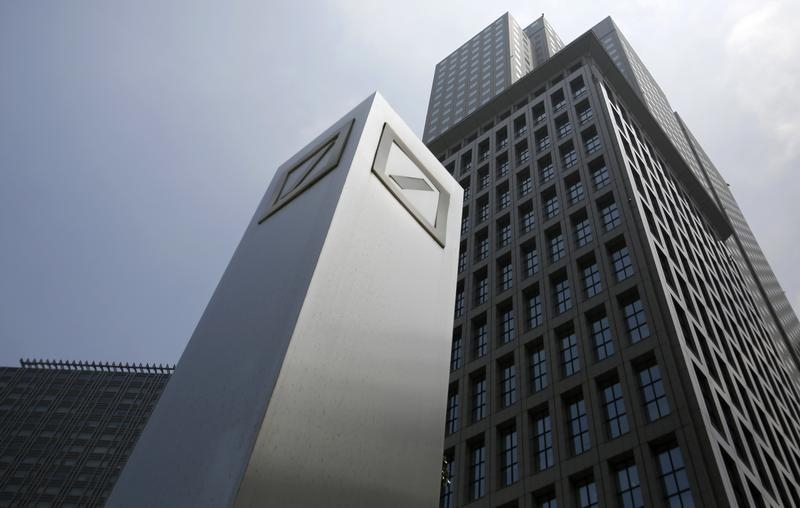 There’s method in the madness of those investing in Deutsche Bank CoCos. The German lender confirmed on Nov. 19 that it had sold $1.5 billion of so-called contingent convertible debt with a 10-year maturity, following the May sale of 3.5 billion euros of six-year paper. Buying bank debt that is written down when the share price is tumbling sounds crazy, but it might not be right now.

CoCos are not for the faint-hearted. A trading disaster could push Deutsche Bank’s core Tier 1 ratio from a healthy sounding 11.5 percent to below 5.125 percent, at which the bond would be written down to the extent required to return to the trigger point. Worse, even without a conversion, Deutsche is free to stop paying interest any time it wants.

Although 82 billion euros of CoCos have been issued, no one knows how they would trade in a crisis. If coupons are cancelled, investors might start to treat them like equity rather than debt. They are already volatile – CoCo values lost 4 percentage points peak-to-trough in the third quarter, appreciably more than somewhat less risky but still heavily subordinated junior bank debt.

Still, Deutsche’s latest issue was scooped up, and at a smaller risk premium than seen on roughly comparable recent CoCos from European rivals Societe Generale and UniCredit. Had Deutsche not sized its latest issue at the upper end of estimates, the pricing could have been tighter, according to one market source.

But buyers are taking a calculated risk. The 7.5 percent coupon is attractive, even though it looks expensive for Deutsche, whose return on equity in the first nine months of 2014 was a pitiful 2.8 percent. Also, Europe’s recent bank stress test suggests a stronger banking sector. Deutsche’s post-shock core Tier 1 capital ratio under the strictest version of new capital reforms was still 7 percent.

In addition, the flow of funds could help support prices. The European Central Bank’s pledge to buy some relatively safe debt will push yield-hungry buyers into riskier assets, including CoCos.

For all that, the risks are high. CoCos look more like a short-term trade than a long-term hold.

Deutsche Bank on Nov. 19 announced it had sold $1.5 billion of so-called Additional Tier 1 notes, bank debt that can be written down in a crisis.

The notes will bear a fixed coupon of 7.5 percent annually until April 30, 2025, the first date at which the bank can buy them back. After that date the interest will be reset at five-year intervals based on the five-year U.S. dollar swap rate plus a credit spread of 5.003 percent a year.

If Deutsche Bank’s core Tier 1 capital ratio falls below 5.125 percent the bonds can be written down. The coupon can also be cancelled at the discretion of bank management.

Deutsche Bank’s total AT1 issuance this year is now 4.7 billion euros, slightly less than the 5 billion euro target announced earlier this year. The bank currently has no plans to issue further AT1 bonds, Reuters reported on Nov. 19.