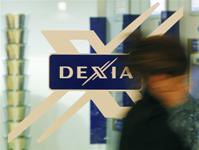 Belgium’s bill for bailing out Dexia could be much higher than meets the eye. After a weekend of frantic negotiations, Brussels is to pay 4 billion euros to take the Belgian assets of the vanquished lender into public ownership. If that was it, the direct costs to the state would be only 1 percent of GDP.

On first glance, it might seem Belgium is getting a bargain, as Dexia Bank Belgium’s book value was 7.9 billion euros in June. But Belgian accounting rules allow Dexia to dodge marking so-called available for sale (AFS) assets to market. Including these losses, DBB’s book value in June was 5.7 billion euros. Given the mayhem over the past three months, the current mark-to-market value could be less than what the Belgian government is paying.

Then there’s the question of whether the Dexia rump, in which the Belgian state still holds a 5.7 percent stake, has enough capital. The plan is to sell its Turkish, Luxembourg and French municipal operations. After the disposals, it would still have 60 billion euros of risk-weighted assets. That would require at least 6 billion euros of capital to create a 10 percent core Tier 1 buffer against losses.

Part of this will depend on whether Dexia can sell assets above book value. But a lot will depend on whether Belgium is allowed to keep sweeping AFS losses under the carpet. The new Basel rules say no but there’s always the possibility of fudges. If, at the end of the process, there is a capital hole, it’s unclear how Belgium and France would plug it. But, imagine for sake of argument, Brussels faces another 3 billion euro bill.

Finally, Belgium is on the hook for guaranteeing 60.5 percent of Dexia’s funding for 10 years – or 54 billion euros in total. Tot it all up and the total cost to the Belgian taxpayer, in a real disaster, could be 17 percent of GDP – on top of last year’s level of 96 percent. No wonder Moody’s is examining whether to downgrade the country’s sovereign debt, and Belgian 10-year debt yields have jumped from 3.6 percent to 4.1 percent in a week.

Belgium is to nationalise the Belgian arm of Dexia, the Franco-Belgian bank said on Oct. 10.
The Belgian government will pay 4 billion euros for Dexia Bank Belgium (DBB), which had a book value of 7.9 billion euros at the end of June.
The Belgian, French and Luxembourg governments have also decided to guarantee Dexia’s interbank and bond funding for up to ten years, with a ceiling of 90 billion euros. Dexia said the ten-year term could be extended if necessary.
The guarantee will be divided between the states as follows: 60.5 percent for Belgium, 36.5 percent for France, and 3 percent for Luxembourg. Dexia did not reveal the cost of the guarantee but said it would be in accordance with European requirements.
The sale of DBB will reduce Dexia’s 96 billion euros of short-term funding by 14 billion euros.
Dexia shares were suspended on Oct. 6, and had not started trading again on the morning of Oct. 10.