Diamond out of the rough 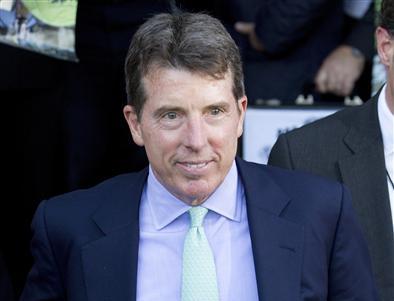 Few executives had a worse 2012 than Bob Diamond. The ex-Barclays chief executive started the year running one of the few UK banks without a big government stake, and spearheading a drive to make banks better citizens. He ends it having been forced out following a perfect storm of shareholder revolts, regulatory ire and, most notoriously, Libor.

Diamond can’t escape the huge dent Libor has left in his reputation. Suggestions that Barclays might have submitted artificially low rates in the now-discredited daily process to set interbank borrowing rates may have been rendered less toxic by financial stability considerations. But Barclays Capital traders also tried to fix Libor during the boom to line their own pockets. Although Diamond denies any knowledge of the wrongdoing, he was running the investment bank at the time. He had to go.

Yet perversely Libor may enable Diamond to regain some of his sparkle. It’s become increasingly clear that other banks also tried to fix Libor, and that their settlements could match or exceed Barclays’ $450 million regulatory fine. UBS has already exceeded it by a wide margin. If full details of their misdeeds are published it would be surprising if it didn’t affect how people think about Diamond.

Any Diamond rehabilitation would probably happen outside the UK. Investors will probably still be narked about Barclays’ decision to award him 80 percent of his possible bonus for 2011, when Barclays flunked its stated returns targets. And UK regulatory disclosures in the wake of Libor make it clear supervisors didn’t approve of the hard-driving culture Diamond set at Barclays.

Yet Diamond could pop back up in his native U.S. Providing Barclays is shown to be in the pack on Libor-fixing, he could secure a non-executive position on a financial board. Alternatively, his experience setting up a global-sized investment bank could come in handy as universal banks start shedding non-core investment bank assets.

The main threat to rehabilitation is further dirt from Barclays. The UK bank is the subject of an independent review into its culture by lawyer Anthony Salz, and a Serious Fraud Office probe into its Middle Eastern capital-raising in 2008. Yet unless these heap further ordure, 2013 should be a better year for Bob Diamond.