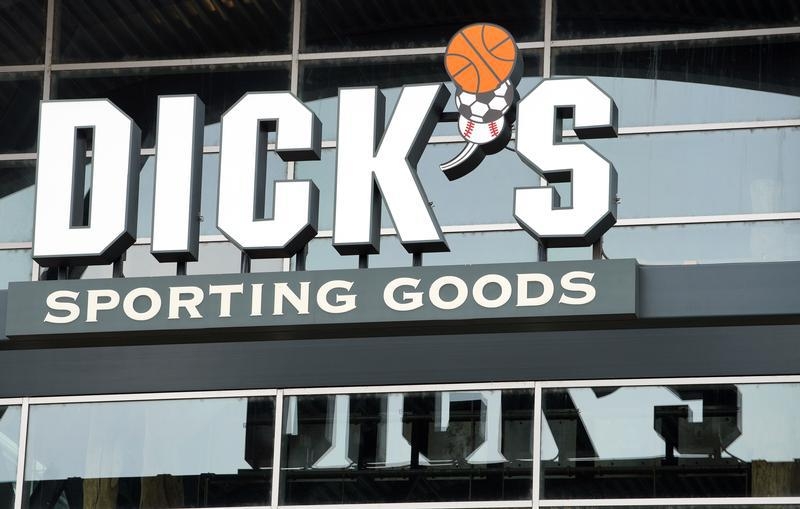 Dick’s Sporting Goods may become the next private equity plaything. The $6 billion basketball-to-fishing vendor is mulling a leveraged buyout, according to a Reuters report on Wednesday. A relatively clean balance sheet means there’s an opportunity to make money. It would, however, require healthy growth assumptions for $6.1 billion Dick’s at a time when stiff online competition is challenging many retailers.

The 66-year-old U.S. chain of over 500 stores has carved out a strong position in the market for Callaway clubs, Louisville Slugger mitts and Remington rifles. It’s also a niche that has yet to feel the full force of Amazon and its ilk.

With only about $200 million of net debt and on pace for over $800 million of EBITDA in its 2016 fiscal year, according to estimates culled by Thomson Reuters, Dick’s financial statements pass the first private equity screen. It suggests there’s ample room for a new owner to generate a nice return.

A buyout at a 30 percent premium would value the company at about $7.9 billion. At that price, it would probably require a $3 billion equity check to keep leverage comfortable at about 6 times EBITDA. That may be too much for a single firm, opening the possibility of a club deal of the sort buyout firms have tried to avoid since the last buyout boom.

With the addition of new locations, Dick’s is expected by analysts to keep growing EBITDA by more than 10 percent a year through 2018. At that rate, a buyer could reap a 21 percent internal rate of return for itself over five years, according to a Breakingviews calculation. If Dick’s succumbs to fierce rivals on the web, however, the math would change dramatically. Take growth down to, say, 3 percent and the investment would return just 7 percent.

There are other factors to consider, including the 60 percent voting power controlled by Dick’s boss Edward Stack, who is also the founder’s son. Private equity firms are eager for ways to deploy their abundant stockpiles of committed capital, though. A group led by BC Partners agreed last month to pay $8.7 billion, or a 40 percent premium, for another specialty retailer, PetSmart, which faces similar online pressures. That, as much anything, gives a Dick’s buyout a sporting chance.

Dick’s Sporting Goods is holding early-stage conversations with buyout firms about going private, Reuters reported on Jan. 7, citing unnamed people familiar with the situation. The $6 billion retailer has not yet initiated a formal sale process, the people said.

Dick’s shares rose more than 9 percent after the Reuters report was published.

Dick’s Sporting Goods is holding early-stage conversations with buyout firms about going private, Reuters reported on Jan. 7, citing unnamed people familiar with the situation. The $6 billion retailer has not yet initiated a formal sale process, the people said.

Dick’s shares rose more than 9 percent after the Reuters report was published.