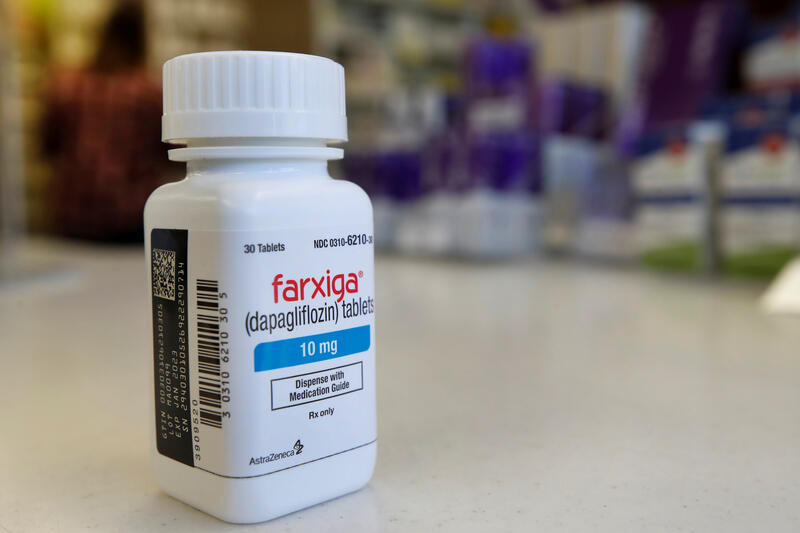 People with diabetes are more vulnerable to Covid-19. Now the UK is giving patients free shakes to help them lose weight. Evidence that slimmer waistlines and healthy living can beat the disease is good news; less so for drugmakers that sell $48 bln of insulin and other drugs.

Diabetes drug Farxiga (dapagliflozin) is displayed at a pharmacy in Provo, Utah, U.S. May 28, 2020.

The UK National Health Service said on Sept. 1 it would extend a programme offering rapid weight-loss treatments to 5,000 diabetes patients. The expanded trial will give patients total diet replacement products, such as shakes and soups, for three months in a year-long programme.

The treatment follows a trial, funded by Diabetes UK, which showed that 46% of patients who took part in a similar weight-loss programme saw their diabetes go into remission after one year. After two years, some 70% of those patients were still in remission. Two-thirds of those who went into remission had lost over 10 kilogrammes.

A separate 2018 report on a low-carbohydrate diet programme showed that after one year, some 26% of type 2 diabetes patients were able to lower their blood glucose levels to below the threshold at which diabetes is typically diagnosed.