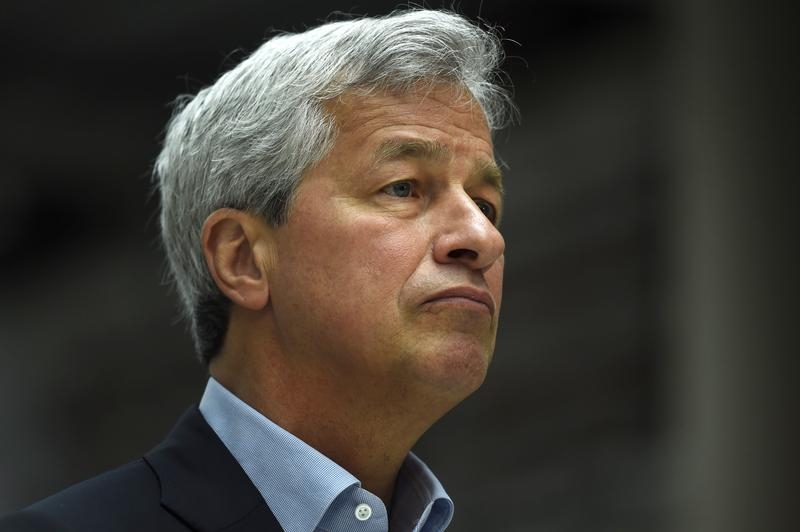 Jamie Dimon is helping redirect the conversation about value. The JPMorgan boss on Tuesday unveiled a plan to lift the hourly wage for 18,000 lower-level workers, including bank tellers, by almost a fifth at a minimum. The move follows similar ones by Gap, Wal-Mart Stores, Starbucks and others. Helping shrink the income inequality gap is a good public policy step, especially by sharing the spoils so often reserved for Wall Street dealmakers and shareholders. It may also be good for business.

With median household incomes stagnant for so long and salaries shrinking as a percentage of GDP, paying people more is “the right thing to do,” as Dimon acknowledged. It has taken a long time for Corporate America to make that call, however. Instead, they have used years of cheap credit and record profits mainly to reward investors. Companies in the S&P 500 Index spent $166 billion on share buybacks in the first quarter, a new post-recession high, according to FactSet.

For JPMorgan, the salary decision – which comes on the heels of additional investment in employee benefits and training – is relatively inexpensive. If all 18,000 workers saw their pay increased from $10.15 an hour to the maximum $16.50 rate, and they worked 40 hours every week of the year, it would cost an extra $240 million. JPMorgan spent almost $10 billion last year on compensation expenses in its retail bank alone.

There will be selfish reasons for the wage decision, too. It should reduce turnover at JPMorgan and might help create a better crop of staff who could one day be promoted as salespeople or wealth managers. It should enable JPMorgan to compete better for new hires. Some smaller rivals already have jacked up their minimum wages. Amalgamated Bank last year raised its own to $15 an hour.

Beyond the corridors of banking, however, there is growing momentum for companies to stray from Milton Friedman’s dogma about businesses exclusively marshaling resources for the purpose of maximizing profit. Britain’s next prime minister, Theresa May, for example, wants to put workers on corporate boards. Pressure, including from investors, has been mounting for companies to undertake practices that benefit a more stable society. By paying his employees more, a highly visible executive like Dimon also can ensure that value beyond just shareholders gets the necessary attention paid.

JPMorgan Chase will raise the pay of 18,000 employees over the next three years to between $12 and $16.50 an hour, Chief Executive Jamie Dimon wrote in an op-ed published in the New York Times on July 12. The bank's current minimum wage is $10.15 an hour compared to the federally mandated $7.25.

"A pay increase is the right thing to do," Dimon wrote. "Wages for many Americans have gone nowhere for too long."