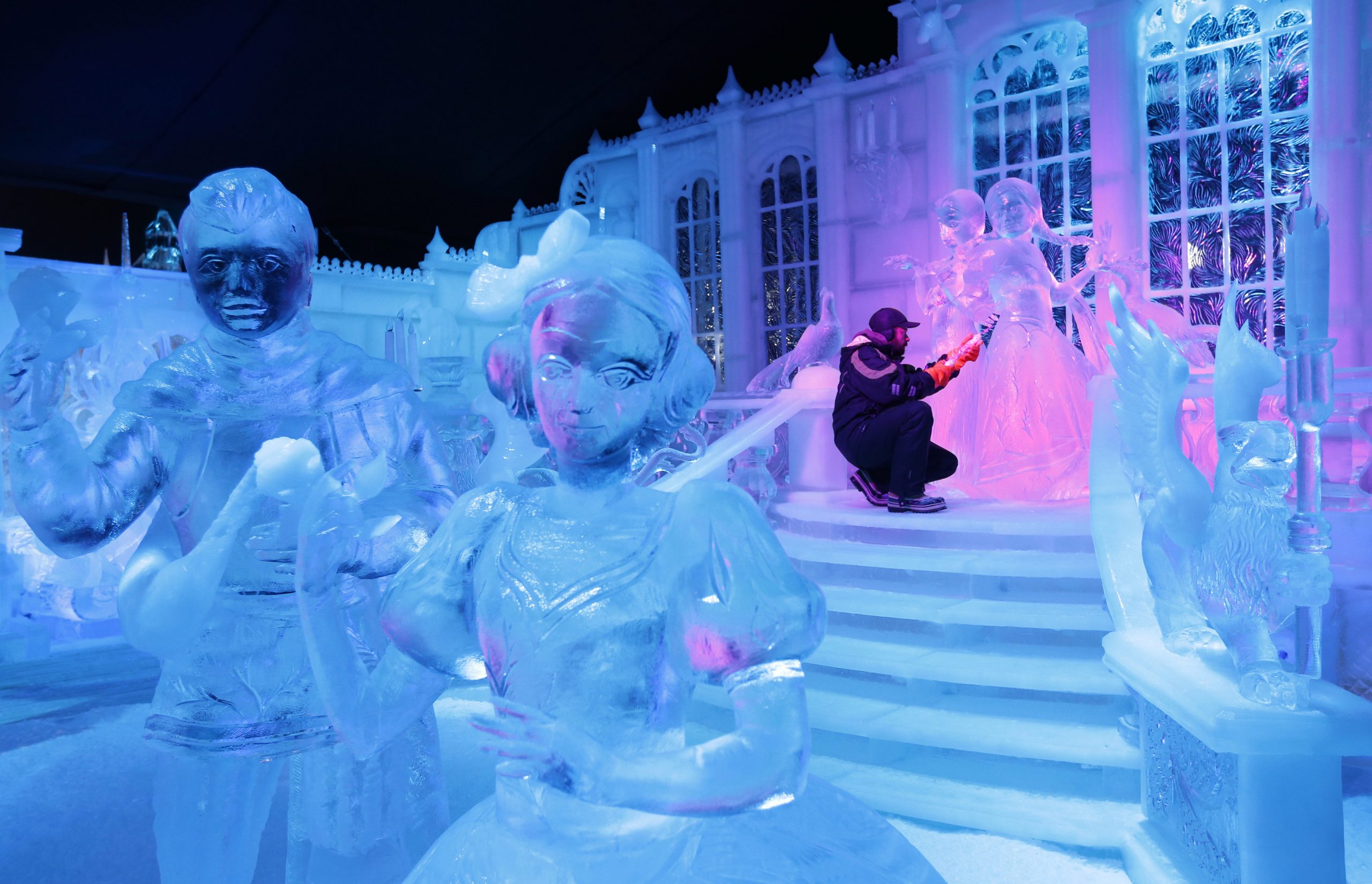 More than half the $171 bln entertainment giant’s sales come from divisions encompassing theme parks and movie theaters, both empty thanks to the coronavirus. Canceled sporting events are also trouble for ESPN. Former CEO Bob Iger has left his successor with serious headaches.

Sculptor Artem Samoylov of Russia carves a sculpture based on Disney's movie "Frozen" at the Snow and Ice Sculpture Festival in Bruges November 20, 2013.

Movie ticket sales in North America hit the lowest levels in over two decades generating roughly $55 million over the past weekend, Variety reported on March 16.

Walt Disney on March 12 announced the closure of its theme parks in Florida, California and Paris beginning March 16 through the end of the month.