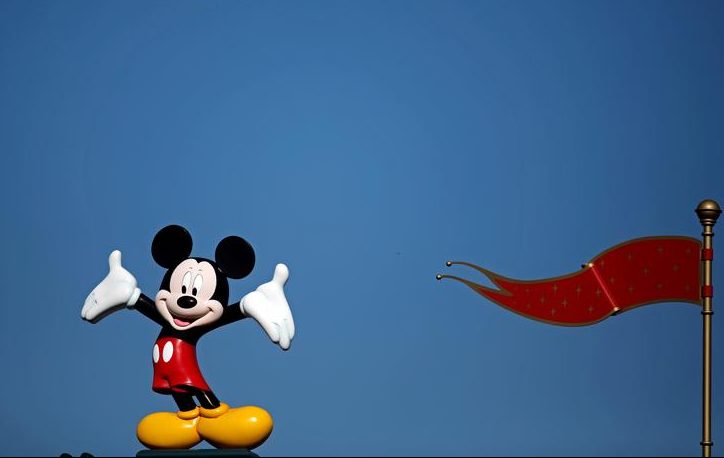 The company led by Bob Iger is mulling buying Rupert Murdoch’s film studio and cable assets, CNBC reported. A deal would reduce Fox to news and sports while helping Disney bulk up to fight Reed Hastings’ Netflix. It suggests nothing is too outlandish in a streaming world.

Disney character Mickey Mouse is seen above the entrance at Disneyland Paris ahead of the 25th anniversary of the park in Marne-la-Vallee, near Paris, France, March 16, 2017.

Walt Disney is holding talks with Twenty-First Century Fox to buy some of its assets, CNBC reported on Nov. 6, citing people familiar with the matter. Disney would acquire Fox’s movie studio, cable networks like FX, and international holdings including its 39 percent stake in Sky. Fox would keep its news and broadcast assets.

The two sides are not currently talking, CNBC said.

Twenty-First Century Fox declined to comment to Breakingviews. Disney did not immediately respond to a request seeking comment.

Shares of Twenty-First Century Fox rose some 7 percent to $26.80 in afternoon trade while Disney was up nearly 2 percent to $100.30.