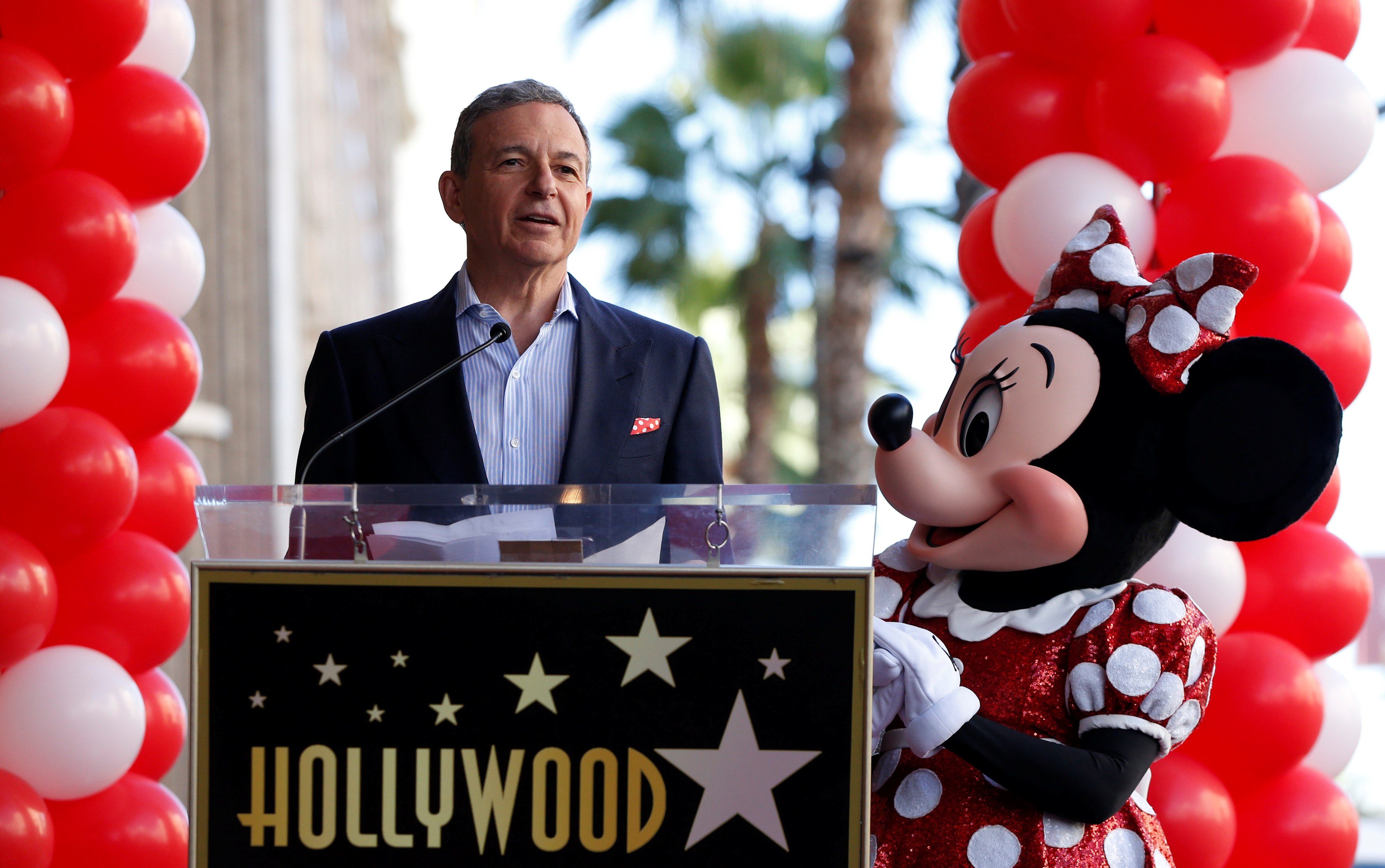 Boss Bob Iger leapfrogged Comcast by raising his offer for parts of Fox to $71 bln, including a generous dollop of cash. He retains Rupert Murdoch’s support, and has room to go higher still. The cable firm may yet go hostile, but would be better off focusing its efforts on Sky.

Chairman and CEO of The Walt Disney Company Bob Iger speaks next to the character of Minnie Mouse at the unveiling of her star on the Hollywood Walk of Fame in Los Angeles, California, U.S., January 22, 2018.

Walt Disney on June 20 announced it had increased its agreed offer to buy much of Twenty-First Century Fox's entertainment and international assets to $38 a share in cash and stock, or an implied equity value of $71.3 billion. Disney will also assume $13.8 billion of Fox’s net debt, making the enterprise value of the deal $85.1 billion.

Fox said the new offer was "superior" to a rival bid of $35 a share in cash from Comcast.

Disney is expected to pay a total of $35.7 billion in cash and issue approximately 343 million new shares to Fox shareholders, representing about a 19 percent stake in Disney on a pro-forma basis.