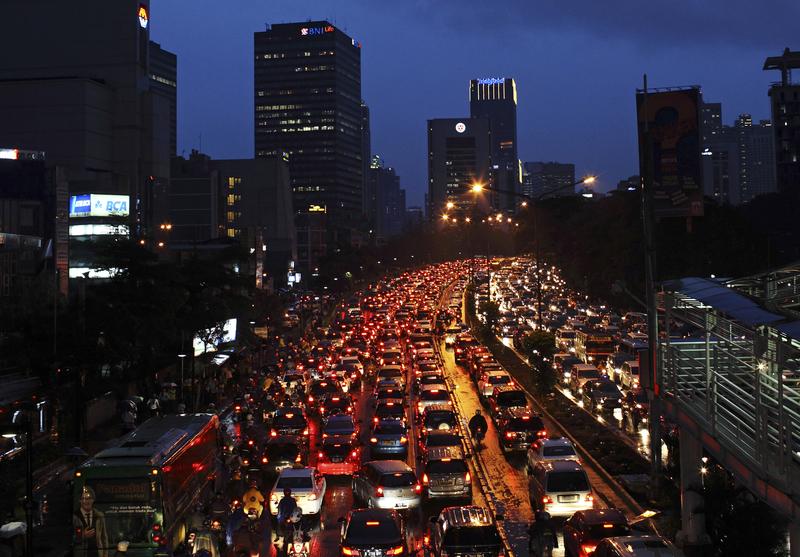 President Joko Widodo approved a $30 bln plan to uproot civil servants from the capital. Congestion is crippling and wealth too concentrated in a sinking city. A bold, wholesale move a la Brasilia or Canberra may be too costly, but dispersing government agencies would be a start.

Vehicles are caught in a traffic jam in Jakarta February 6, 2013. To match Special Report INDONESIA-AUTO/

Indonesia’s President Joko Widodo on April 29 approved a proposal to relocate government offices away from Jakarta and the populous island of Java. He has yet to decide on a new location.

The plan will require an investment of $20 billion to $30 billion, planning minister Bambang Brodjonegoro said on April 30.

Private pollsters indicate Widodo won a presidential election on April 17, though official results will not be announced until May 22.