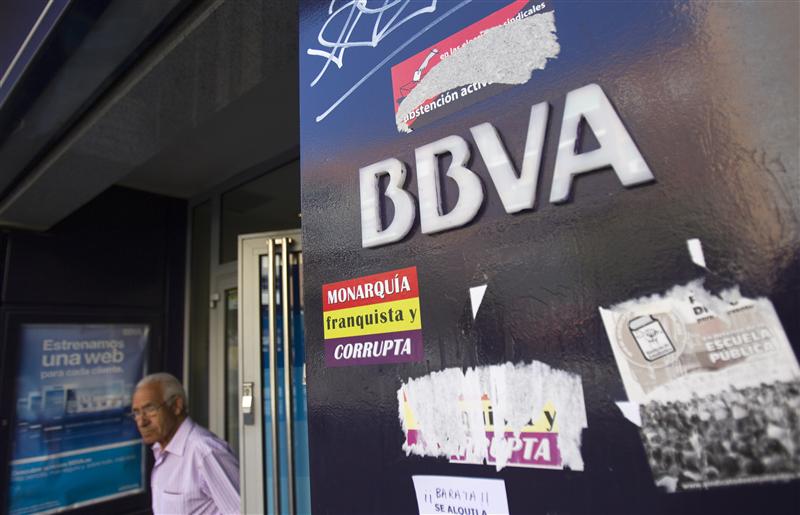 Santander can’t seem to catch a break in its most important markets. As the Spanish economy delivers growth above the euro zone average, Brazil is sinking into recession. It’s the main reason why the group has recently underperformed its smaller Spanish rival, BBVA.

Brazil accounts for about 20 percent of Santander’s profit and around 18 percent of capital. Last month, the country’s debt was downgraded to junk by Standard & Poor’s on the back of increasingly loose fiscal targets and fractured politics. Santander does not expect a significant increase in bad loans because it has been reducing loans to riskier clients, as well as restructuring the business. But the outlook is uncertain, and Santander still looks light on capital compared to peers.

BBVA’s main subsidiaries abroad aren’t as troubled as Santander’s right now. About 70 percent of its earnings come from emerging markets but 40 percent come from Mexico, whose economy is tied to the fortunes of its large neighbour to the north. Unlike Santander, BBVA’s U.S. franchise hasn’t failed Federal Reserve stress tests twice. BBVA now trades at about a 12 percent premium to Santander on forward earnings, according to Thomson Reuters data. That seems fair.

But BBVA isn’t immune to emerging markets. Mexico’s central bank cut its GDP expectations for 2015 to between 1.7 percent and 2.5 percent. The prospect of tightening yields in the United States and low oil is weighing on the Mexican peso. Falling currencies in BBVA’s emerging market footprint could reduce total earnings by 8 percent next year, according to analysts at Barclays, though they expect earnings to still grow 25 percent. Turkey, at less than 10 percent of earnings, is small but has troubled politics. BBVA’s fully loaded core Tier 1 capital ratio of 10 percent isn’t much stronger than Santander’s 9.8 percent. The premium looks deserved, but don’t expect it to widen.

Shares in Santander, the Spanish bank, have fallen 21 percent since July 16, against 12 percent for smaller rival BBVA. Year to date, Santander’s stock is down 21.3 percent, with BBVA up 5.5 percent.

Santander reports third-quarter results on Oct. 29, with BBVA reporting the next day.

Shares in Santander, the Spanish bank, have fallen 21 percent since July 16, against 12 percent for smaller rival BBVA. Year to date, Santander’s stock is down 21.3 percent, with BBVA up 5.5 percent.

Santander reports third-quarter results on Oct. 29, with BBVA reporting the next day.