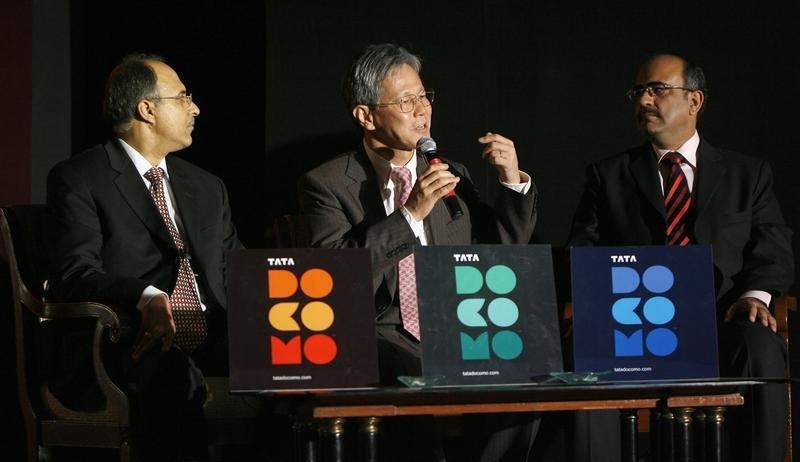 The travails of Japan’s NTT DoCoMo add an odd twist to scare stories about foreign companies investing in India. The Japanese telecoms operator is struggling to enforce a recent London arbitration award ordering Tata Sons to pay it $1.2 billion. Of the big outstanding disputes with foreign firms that hurt the idea that the country is open for business, the three-way spat between DoCoMo, one of India’s most respected conglomerates, and local authorities is one of the weirdest.

The Japanese telco tried to build in safeguards in 2009 when it spent 127.4 billion rupees ($1.9 billion at current exchange rates) buying nearly 27 percent of Tata Teleservices Ltd. The companies agreed DoCoMo could sell its shares back later for at least 50 percent of the original price if the business performed badly.

In 2014 – shortly before DoCoMo tried to exercise its option – a new rule came into effect preventing foreign investors from selling shares in Indian firms at a pre-determined price. That undercut the deal between the two firms, which have since lobbied authorities, including the Reserve Bank of India, to let a payment pass. India has refused and is essentially obstructing a private agreement between two companies.

To make matters worse, the Indian and Japanese companies have now fallen out after DoCoMo tried to enforce its arbitration award against assets in Britain belonging to the wider Tata group, which include Tata Steel and Tata Motors, the owner of Jaguar Land Rover. Tata is opposing DoCoMo as the latter tries to push a separate effort through to enforce the overseas ruling through the Indian courts.

The rule change that triggered the DoCoMo spat pre-dates the election of Prime Minister Narendra Modi. The same is true for other big standoffs between foreign firms and Indian authorities over other things like tax, most notably Vodafone and Cairn Energy. Although Modi has been successful in attracting a record level of foreign direct investment, he has been slow to address old problems and these continue to dominate headlines. Drawing a line under these legacy fights would help India do even better.

Tata Sons said on Sept. 5 it had filed an application to set aside a London court ruling obtained by NTT DoCoMo to seize its overseas assets to settle a dispute over Tata Teleservices, a joint venture.

In June, London's Court of International Arbitration ordered Tata to pay $1.17 billion to DoCoMo. A month later the Japanese firm won an order from the London Commercial Court to enforce the award in Britain, where the Tata group's interests include Tata Motors and Tata Steel. Tata Sons, the main holding company for the Tata group of companies, now argues it cannot pay as it requires approval from India's central bank, which has been denied.

In 2009, DoCoMo paid 127.4 billion rupees, or $1.92 billion at current exchange rates, for 26.5 percent of Tata Teleservices. DoCoMo tried to exit in July 2014 under a pre-agreed clause allowing it to ask Tata to buy back the stake, or find another buyer, at half the original price.

However, a rule change by the Reserve Bank of India in January 2014 prevents foreign investors from selling stakes in Indian firms at a pre-determined price or above the fair market value. Tata applied for special permission to pay DoCoMo but the RBI rejected the request in 2015.

Tata Sons says it deposited the full $1.17 billion with Delhi's high court on July 30, as evidence of its willingness to pay.

DoCoMo is also taking legal action in India to try to enforce the arbitration.