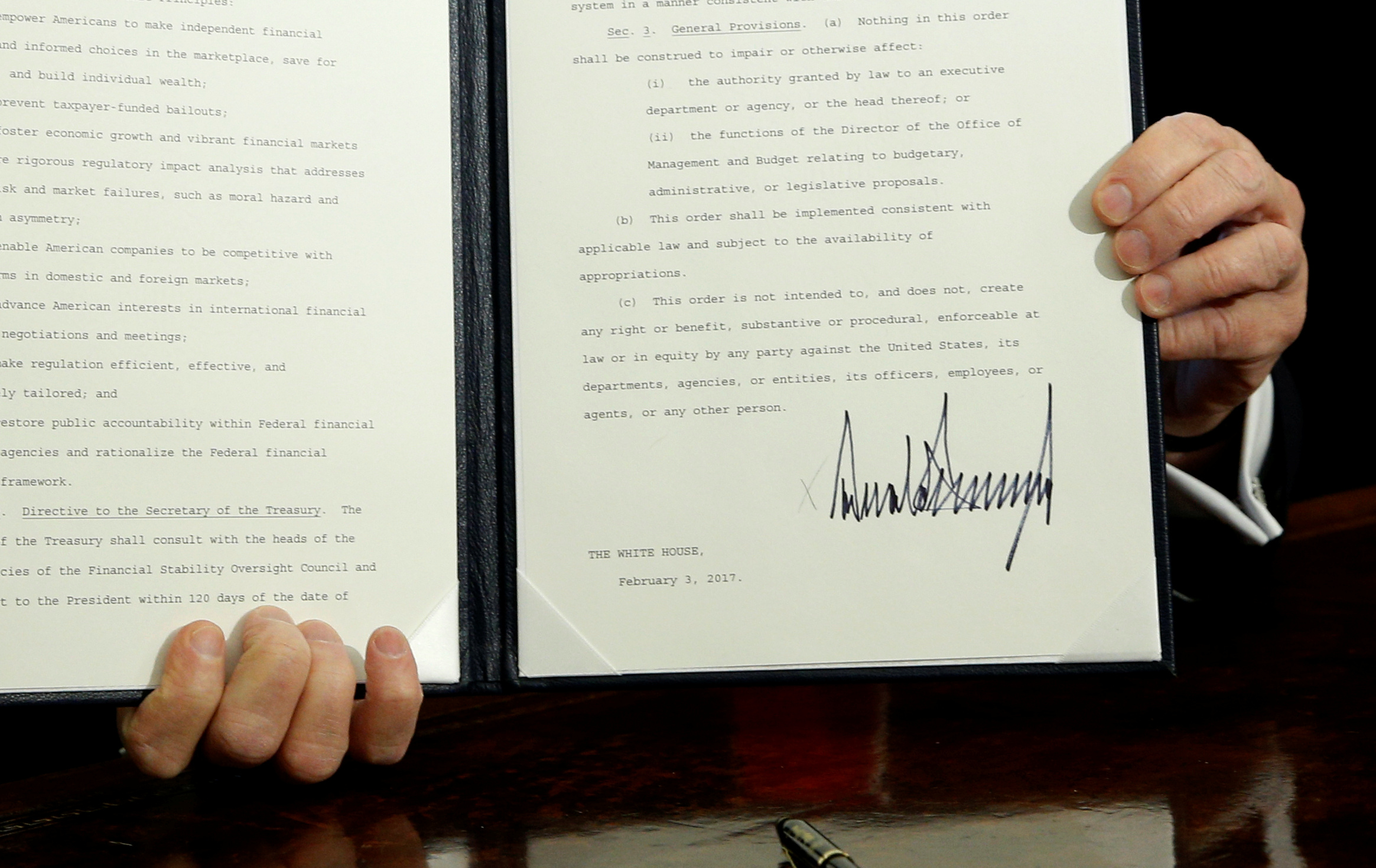 U.S. bankers are now hopeful Donald Trump will roll back the 2010 law. In reality, Trump’s call for a review does little, and a repeal of Dodd-Frank looks a long shot. Meanwhile any talk of dilution has Democrats howling. Neither banks nor their critics will get what they want.

After signing, U.S. President Donald Trump holds up an executive order rolling back regulations from the 2010 Dodd-Frank law on Wall Street reform at the White House in Washington, U.S. February 3, 2017.

U.S. President Donald Trump on Feb. 3 signed an executive order asking regulatory agencies to review regulations from the 2010 Dodd-Frank Act. The rules will be assessed on how they fit with certain principles, including fostering economic growth, preventing taxpayer-funded bailouts and enabling U.S. firms to be competitive with foreign counterparts. The directive asks the Treasury secretary to consult with members of the Financial Stability Oversight Council, which is made up of the heads of the financial regulatory agencies, and compile a report within 120 days for the president. Steve Mnuchin, Trump's nominee for the Treasury job, has not yet been confirmed by the Senate.

Separately, Congressman Jeb Hensarling is preparing to roll out a revised version of his bill to introduce an alternative to many Dodd-Frank requirements. The proposal, first introduced in September last year, would spare banks from many rules if they agree instead to a 10 percent ratio of capital to assets, a significantly bigger cushion than is currently required.