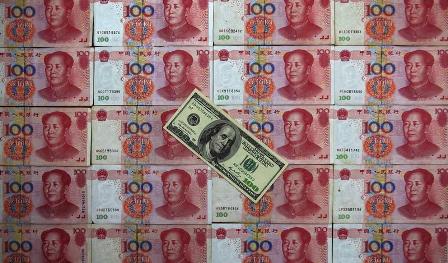 The dollar should make its way back from oblivion in 2014 as the Federal Reserve stops printing greenbacks like monopoly money. Emerging market currencies look vulnerable to a whipping they don’t want, the yen should continue to slide happily, the euro will ease and the pound will end up competing with the dollar at the front of the currency race.

It’s easy to forget just how down the dollar is. An index of its value against major trading partners hit its lowest ever level in 2008. It returned close to those lows in the spring of 2011 and hasn’t risen that much since. Federal Reserve money-printing has debased the world’s reserve currency. As the money-printing slows or stops, the dollar is liable to begin an advance. That could lead to blood-letting which most, though not all, currencies will welcome.

The yen is just asking to be taken down. Japan’s money-printing will probably achieve a 120-yen-to-the-dollar rate some time in 2014. But it’s far from a safe, steady bet. If global markets react badly to Fed tapering, risk aversion may set Japanese investors running for cover in Japan.  A yen that many investors will be trading short could then appreciate fiercely.

Many in Europe are longing for the euro to fall. A depreciation of the single currency would improve competitiveness and tend to raise inflation which, at below 1 percent, is getting too low for comfort. The obstacle is German exports that are in no need of any competitiveness boost. Germany’s roughly $250 billion annual trade surplus rivals China’s. But a decline in the euro to around $1.25 does seem probable as interest rate differentials shift in the dollar’s favour.

The British pound will have similar chemistry working for it. The star of the second half of 2013 should advance further in 2014 as UK recovery broadens and markets spy a 2015 rate rise. That should mean the pound will head towards 1.30 euros. The pound may hold its ground or even advance slightly against the dollar but it will certainly be vulnerable to short-lived falls at times of market tension.

Emerging economies have most to lose. The majority no longer want their currencies to weaken further. But more emerging pain is likely as the greenback at last re-emerges.