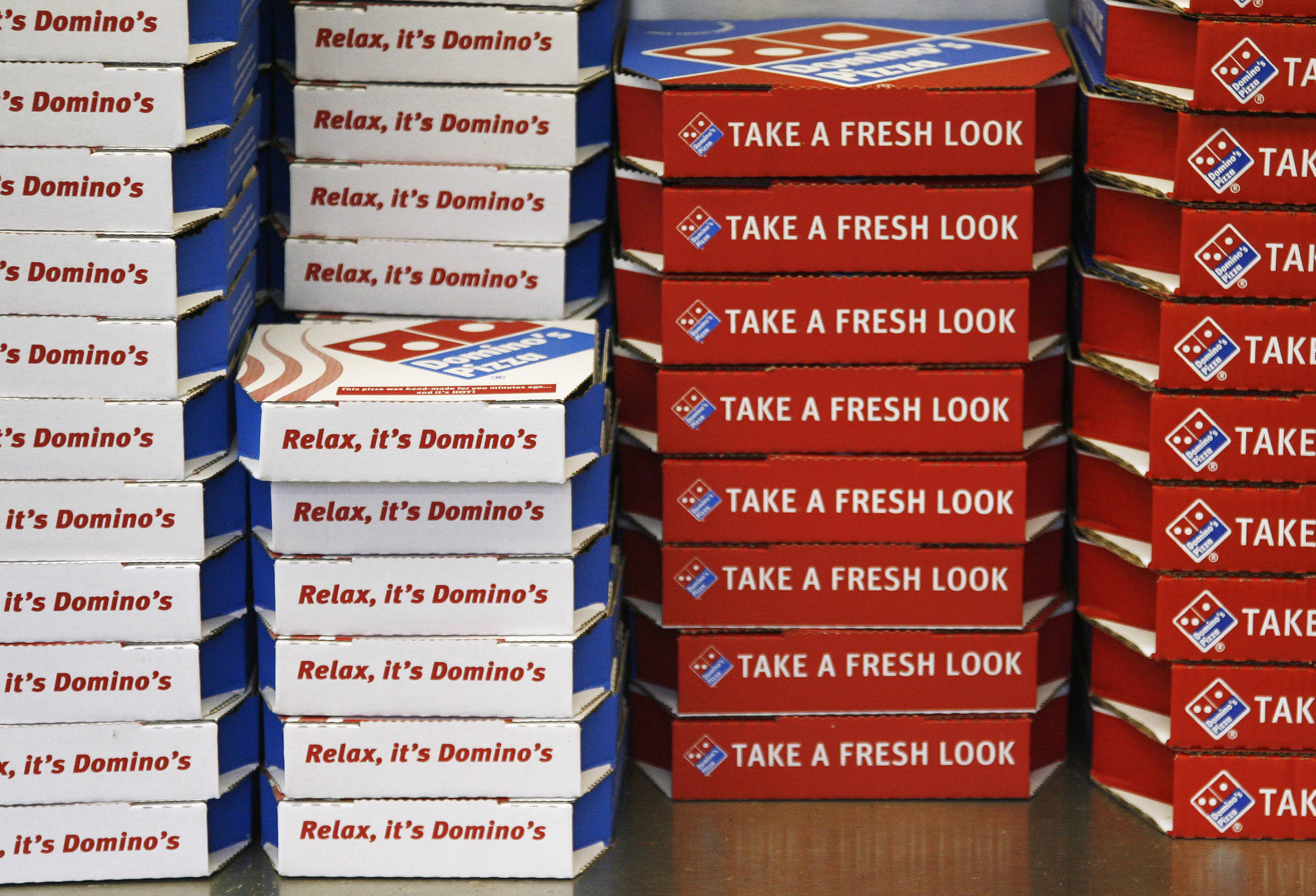 Pizza might just be the most delicious thing on Wall Street. Domino’s Pizza, the take-out and delivery fast-food chain, has snuck up to dominate the “last mile” between store and home that e-commerce companies covet. While traditional fast food struggles, Domino’s, with a market capitalization of $7.8 billion, has morphed into something that’s part Uber and part Amazon. In valuation terms, its crust is already stuffed with futuristic assumptions.

Domino’s has distanced itself from other stale pie joints like Papa John’s International and Pizza Hut by focusing on technology. More than 60 percent of its U.S. sales come through digital channels, including the Domino’s Pizza app, which allows users to track their extra cheesy hand-tossed pies through the assembly line, into the car and to the doorstep. In four years, the number of customers who order other than by placing a phone call has doubled.

The company has some hefty infrastructure too – around 14,000 stores and franchises that employ their own drivers to deliver hot food within minutes, mostly in an arm’s-length relationship not dissimilar to that of ride-sharing app Uber. In August, Domino’s partnered with Ford to roll out autonomous vehicles in test markets like Ann Arbor, Michigan, and it has tested robots for delivery in Germany and elsewhere.

The company’s stock already has a worryingly tech vibe. Domino’s trades at more than 3.5 times revenue, a full 40 percent higher than Amazon, for example, and more than twice as high as Papa John’s. While it operates in thousands of cities worldwide – compared to Uber’s roughly 600 – it relies heavily on franchisees, who mostly rent their stores and whose contracts last roughly 10 years. So the prime delivery locations could eventually disappear.

The big question is whether Domino’s delivery recipe can be copied or expanded to other products. After all, it can partly subsidize delivery from the high margins of the pizza itself, and that might not work with less profitable products. But ready-made doorstep delivery skills are in demand, especially after Amazon’s purchase of high-end food retailer Whole Foods. A company like Wal-Mart Stores could be a potential acquirer – no doubt for a piping-hot price.

Domino’s Pizza’s same-store sales grew 8.4 percent in the United States and 5.1 percent internationally in the three months ended Sept. 10, versus the same quarter a year earlier. Adjusted earnings per share were up 32 percent.

Over the same period, revenue declined 10 percent at rival fast-food chain McDonald’s and more than 5 percent at Yum Brands, which owns Pizza Hut.

Pizza boxes rest on a shelf in branch of Domino's Pizza in central London, February 15, 2009.

Domino’s Pizza’s same-store sales grew 8.4 percent in the United States and 5.1 percent internationally in the three months ended Sept. 10, versus the same quarter a year earlier. Adjusted earnings per share were up 32 percent.

Over the same period, revenue declined 10 percent at rival fast-food chain McDonald’s and more than 5 percent at Yum Brands, which owns Pizza Hut.