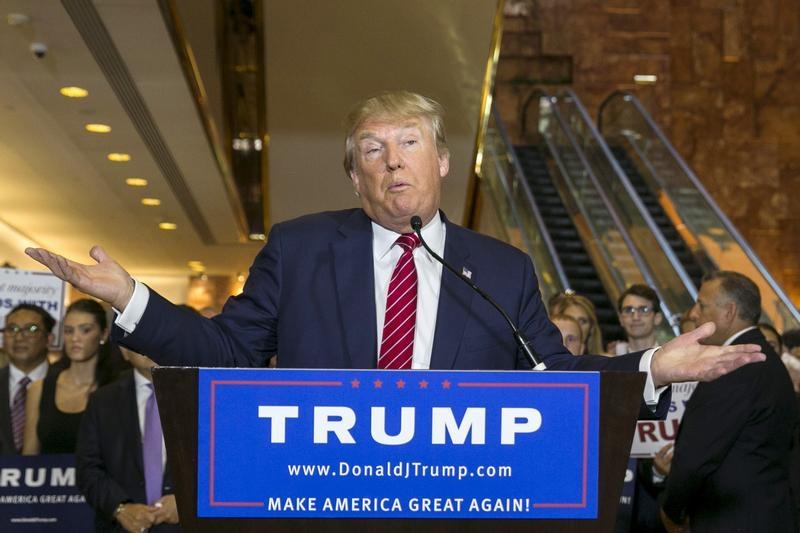 The boisterous billionaire says 75 mln Americans won’t pay taxes if he’s U.S. president and business rates will be halved. Missing is how to pay for these cuts and more. Fuzzy numbers are the hallmark of a man whose wealth can’t be verified and is linked to four bankruptcies.

U.S. Republican presidential candidate Donald Trump on Sept. 28 unveiled his plan for tax reform. Single Americans who earn less than $25,000 a year or married couples who earn less than $50,000 would pay no income taxes. Others would face top brackets of 10 percent, 20 percent or 25 percent.

The real estate mogul would eliminate the estate tax. Under his proposal, most personal income deductions would be eliminated, except those for mortgage interest and charitable donations.

Trump would cut the corporate tax rate to 15 percent from 35 percent. His plan also calls for a one-time repatriation of overseas income that would be taxed at 10 percent. He would eliminate most loopholes and deductions for businesses, too, while phasing in a ceiling on the deductibility of interest expenses.