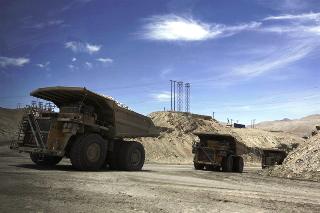 Glencore’s tie-up with Xstrata may not harm competition. But that won’t stop regulators from trying to wrap it up in red tape for several months. As the two miners head into a $90 billion all-share merger, competition watchdogs from China to South Africa, Australia and Europe will get a chance to probe into the two companies’ business, and impose conditions on an eventual union.

Many customers already see Glencore and Xstrata as one. Glencore basically controls Xstrata, and sells much of its sister company’s production. Take thermal coal. Glencore accounts for 28 percent of global traded volumes, and Xstrata is the largest producer. But since mining and marketing are largely separate businesses, putting the two together shouldn’t change the market. The European Commission took that view when it passed Xstrata’s takeover of Falconbridge in 2006.

That’s not true across the board. Glencore may have room to sell more of Xstrata’s copper and zinc, where it already has 50 percent and 60 percent of the traded market. That may warrant some behavioural remedies – although these needn’t be a dealbreaker. China’s competition arbiter allowed the merger of Russian miners Uralkali and Silvinit in July with a promise to keep supply flowing.

Two things, though, argue for closer scrutiny. First is the combined group’s size, which would be just behind Rio Tinto based on Feb. 6 market capitalisations. Big miners can make life uncomfortable for governments as well as buyers. Look at Australia’s planned mining tax in 2010, which was watered down after miners – including Xstrata – threatened to pull investment.

Glencore is also an irresistible target, thanks to decades of operational secrecy. Digging in controversial places like the Democratic Republic of Congo, and environmental spats that generated $780,000 of fines in 2010, mean many non-government organizations will lobby watchdogs to let in some daylight.

Then there’s the market’s view. By Feb. 6, both companies had increased in value by a combined $6.5 billion – compared with the $4.5 billion net present value of the synergies, based on a Breakingviews analysis. About $1 billion of the difference is explained by the recent equity rally. But the thought that another $1 billion might come from increased market stature is likely to prompt a closer look.

Glencore and Xstrata announced an agreed all-share merger that would create a mining and trading group with a combined market capitalisation of $90 billion, based on closing prices on Feb. 6. The deal is conditional on various competition clearances, and a vote by shareholders holding 75 percent of Xstrata’s stock.
Xstrata shareholders would receive 2.8 new Glencore shares for each one they hold. That would leave Glencore, which already holds just over 34 percent of Xstrata, with a 55 percent stake in the combined group, Glencore Xstrata International. On Feb. 2, the day talks were confirmed, Glencore’s opening market capitalisation was 59 percent of the combined total.
Mick Davis, currently chief executive of Xstrata, would take the same role at the combined company, with Glencore chief Ivan Glasenberg becoming deputy chief executive. Xstrata’s chairman John Bond would be nominated for the same role at Glencore Xstrata International.
The companies forecast an annual $500 million of pre-tax synergies achievable in the first year of the combination, mainly from the marketing side of the business. Credit Suisse had forecast a base case of $529 million of pre-tax synergies, equivalent on a post-tax basis to $268 million.
The companies expected the merger to become effective in the third quarter of 2012.