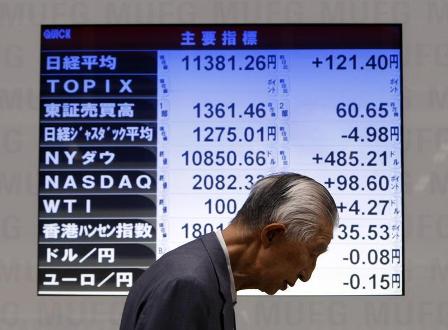 Small-country troubles, shaky Chinese demand and a few U.S. disappointments would not normally be enough to push investors into fear mode. The current volatility proves what a difference a tapering Fed makes to the health of financial markets.

or
Request a Free Trial
or
Bitcoin isn’t a currency, but a bet on skepticism
Sign in to your Breakingviews account
If you need assistance please email breakingviews.clientsupport@thomsonreuters.com

A man walks past in front of an electronic board displaying movements in major indices and currency exchange rates in Tokyo October 1, 2008. REUTERS/Issei Kato