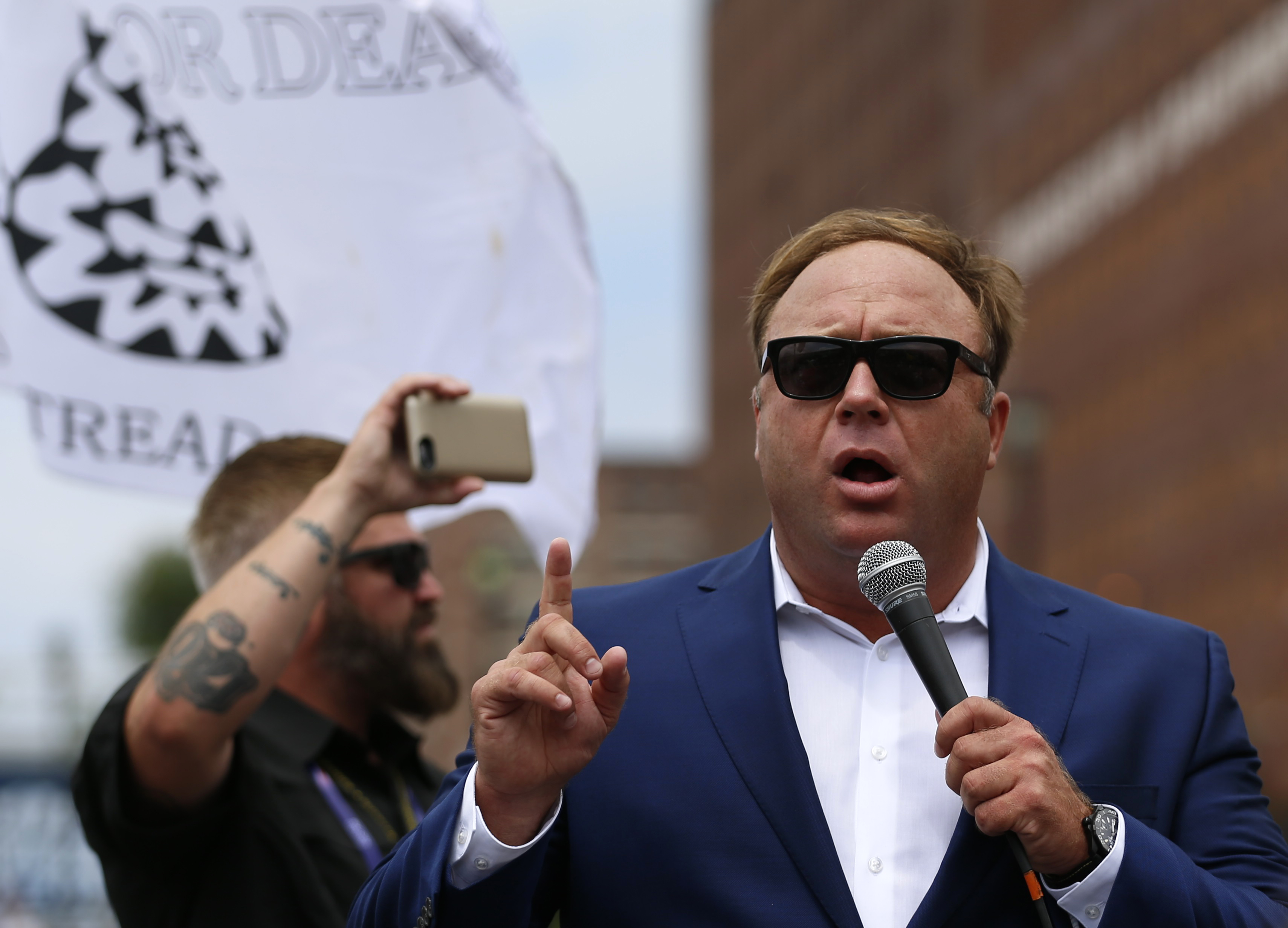 Facebook, Apple, Alphabet et al have, after excessive vacillation, taken the hateful rantings of the Infowars founder off their platforms. As private companies, that’s their right. But until Jones is bankrupted for libel, he will have many other ways to spread his noxious bile.

Alex Jones from Infowars.com speaks during a rally in support of Republican presidential candidate Donald Trump near the Republican National Convention in Cleveland, Ohio, U.S. July 18, 2016.

The sweeping moves are the broadest actions yet by internet companies that previously have suspended or removed some of the conspiracy-driven content produced by Infowars.

Since founding Infowars in 1999, Jones has built a large audience. Among the theories he has promoted are that the Sept. 11, 2001, attacks on New York and Washington were staged by the government, and that the 2012 shooting at Sandy Hook Elementary School that killed 20 children and six adults was a hoax.

Facebook said it removed Alex Jones pages “for glorifying violence, which violates our graphic violence policy, and using dehumanizing language to describe people who are transgender, Muslims and immigrants, which violates our hate speech policies.”

Infowars editor-at-large Paul Joseph Watson said in a tweet that the broad takedowns amounted to censorship and were intended to help Democrats in congressional elections in November.

Josh Koskoff, attorney for several of the Sandy Hook families involved in litigation against Jones, said: “News outlets and social media platforms are finally waking up to the critical difference between those who foster a marketplace of freely exchanged ideas and those that peddle false facts to make money off the suffering of others.”