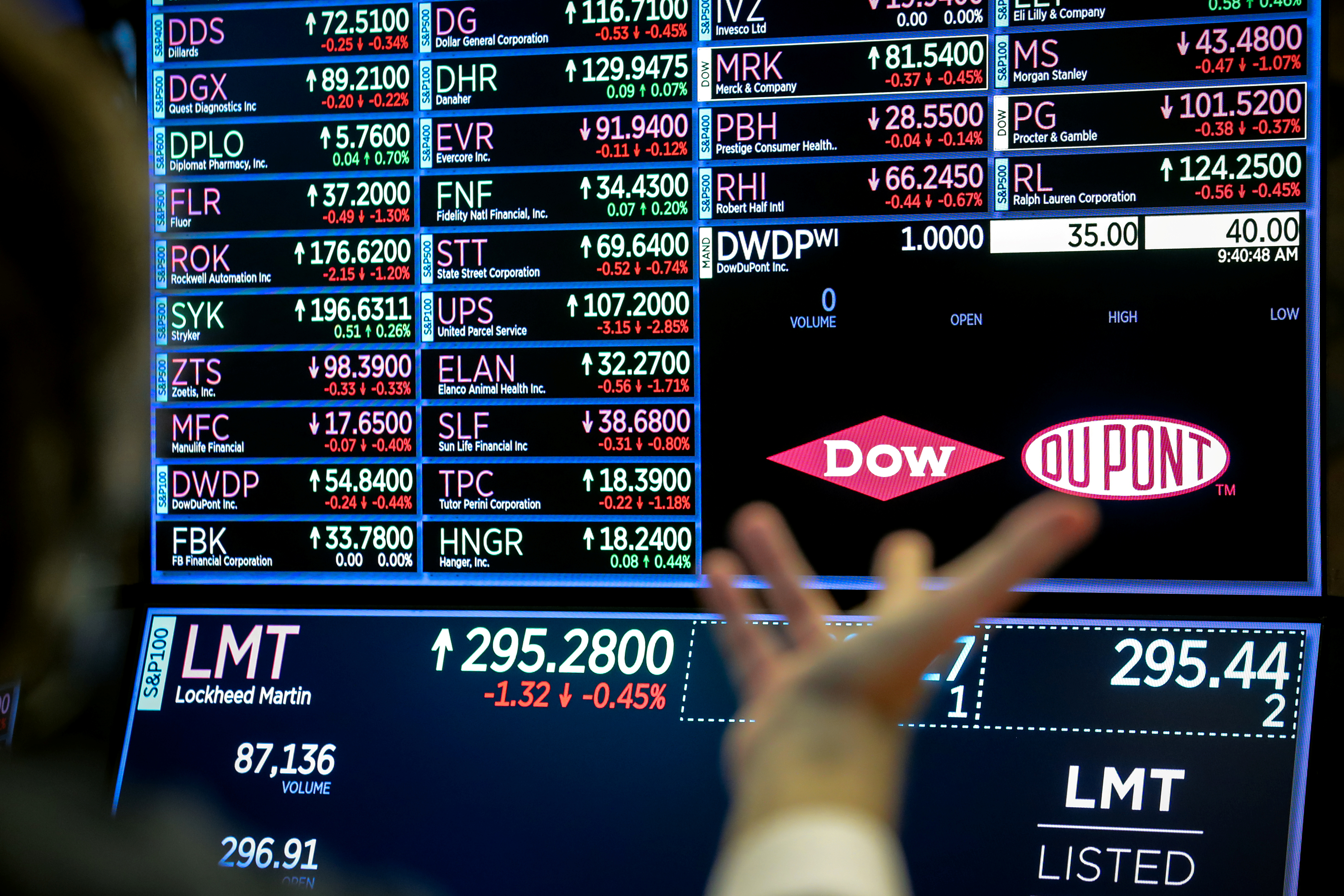 Two chemical companies merged to form a $130 billion behemoth and then split into three. The goal was to boost shareholder value. That has so far been thwarted by the business cycle and other factors. Complexity has also played a role. It’s a lesson for ambitious dealmakers.

A screen displays the trading information for chemical producer DowDuPont Inc. on the floor at the New York Stock Exchange (NYSE) in New York, U.S., March 20, 2019.

Dow is due to report second-quarter earnings on July 25. The largely commodity-chemicals business was spun off from the former DowDuPont on April 1.

Corteva is due to report second-quarter earnings on Aug. 1. The agrichemicals company was spun off from DowDuPont on June 3.

Dow Chemical and DuPont announced a merger of equals on Dec. 11, 2015, with the intention of splitting the company into three after completing the combination. The companies said on Sept. 1, 2017 that the deal had closed.