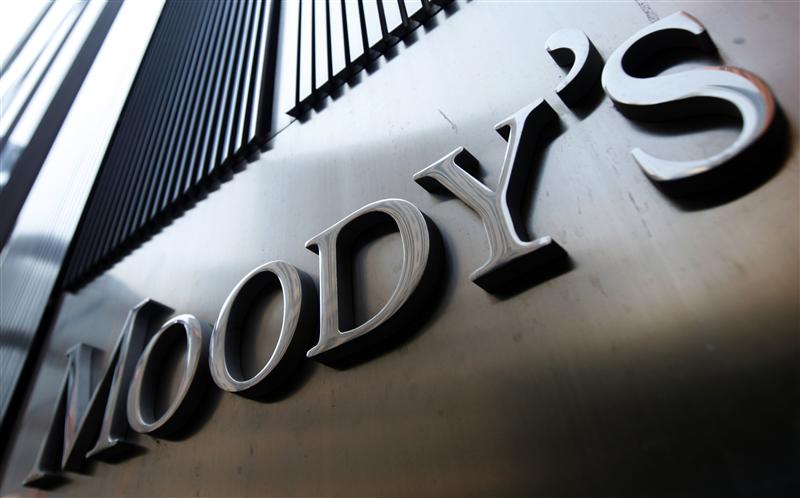 What should the 15 global banks do now that Moody’s has cut their credit ratings? Go out and borrow money as quickly as possible is what. In times past, that might have seemed rash. After all, a debt downgrade is supposed to mean borrowing costs go up. And most of the banks affected probably don’t need the cash. But jumping back into the markets quickly is the best way to show up Moody’s.

For starters, the rating agency is pretty late to the party, despite the nail-biting attention given its decision. Rivals Fitch and Standard & Poor’s concluded their reviews last year. Bondholders, however, took action long before that: they’re demanding higher interest rates from virtually all large financial institutions before lending to them. Morgan Stanley, for example, is paying about 3.9 percentage points above U.S. Treasuries for five-year paper, far more than before the crisis.

And that’s after banks were forced to restructure their balance sheets to reduce risks. Leverage is down and common equity is up. Meanwhile, most have already addressed other weak points exposed by the crisis. There’s much less reliance on commercial paper, at least among U.S. banks. Morgan Stanley, Goldman Sachs and Bank of America have none, for example. And many have removed any linkage of repo funding to ratings.

Even where the actions by Moody’s might have an effect, only the woefully unprepared should feel much pain. Morgan Stanley, for example, will have to post as much as $6.7 billion in extra collateral after its two-notch downgrade left it at Baa1. With almost $180 billion in excess liquidity, that’s hardly a problem. Like its peers, it also means the bank isn’t desperate to raise more cash. What’s more, Morgan Stanley has spent the time since Moody’s announced its review in February restructuring or renegotiating most of the derivatives contracts that could be hit by the downgrade.

Even the surprises from Moody’s look manageable. Credit Suisse was whacked by three notches, though still remains a solid A-rated credit. So, what better way to shrug off the news than to head into the market and sell some bonds?

A Moody's sign on the 7 World Trade Center tower is photographed in New York August 2, 2011. Behind all too many of market moves in government debt of late has been a report from one of the major credit ratings agencies. Standard & Poor's is the biggest and arguably the most influential, fast followed by Moody's Investor Service and then their smaller rival, Fitch Ratings. In national capitals, they are alternately villified by politicians or held out as just arbiters for denouncing government profligacy. REUTERS/Mike Segar