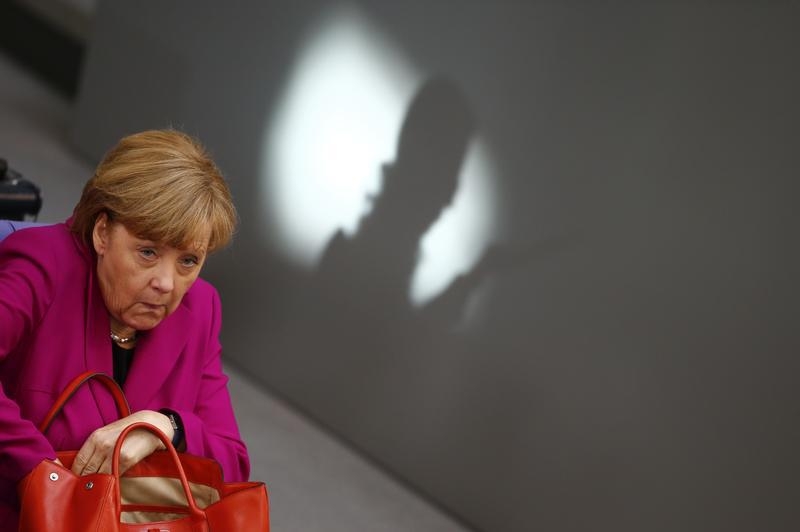 The ECB president is now calling for looser fiscal policies, with hints that he will follow up with monetary relief. The change of heart is a rational response to euro zone stagnation and persistent low inflation. All that’s needed now is to bring Angela Merkel along.

German Chancellor Angela Merkel reaches into her handbag during a session of the Bundestag, the lower house of Parliament, at the Reichstag in Berlin June 4 , 2014.

“It would be helpful for the overall stance of policy if fiscal policy could play a greater role alongside monetary policy and… there is scope for this,” he said in a speech at the Jackson Hole, Wyoming meeting of central bankers.

Acknowledging that the euro zone suffered from an aggregate demand problem, Draghi said that a better coordination of national budgets would allow “a large public investment programme,” which he supports.

Diverting from prepared remarks, Draghi also admitted that inflation expectations had come down in the euro area, and added: “The (ECB) Governing Council will acknowledge these developments and… will use all the available instruments needed to ensure price stability over the medium term.”