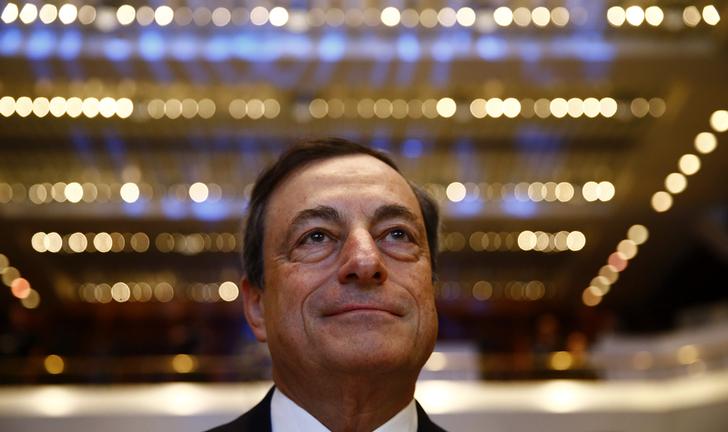 Something is broken in the economy of Europe. The only man determined to do something about it needs help. Mario Draghi says he wants to raise inflation in the euro zone “as fast as possible.” The European Central Bank president is taking monetary easing to the limit. His efforts will be in vain unless European governments shake themselves out of their torpor.

There was new urgency in Draghi’s speech on Nov. 21. He acknowledged that the central bank was failing at its only mandate – making sure prices rise at an annual rate of 2 percent – and fears that medium-term inflation expectations will deteriorate.

The ECB has tried near-zero interest rates, extraordinary liquidity measures and targeted bond-buying programmes: but pessimism remains. The ECB says prices will rise much less than its target in the next two years. The indicators it uses suggest investors think that will persist in the years beyond. Expectations are the key in managing inflation. Should the signs deteriorate further, the ECB might have to abandon all pretence it can control the situation.

Draghi says he is ready to break the ECB’s long-standing taboo of “quantitative easing” – buying government bonds. There are serious doubts on the effectiveness of such a policy in the euro zone. Interest rates are already at historical lows, and QE would have to be spread across the member states – and what would be the point of acquiring a big chunk of German bonds?

The ECB president is aiming at a further devaluation in the euro, but there are limits to the potential fall. The euro zone has an outsized current account surplus, which pushes up the value of the currency. And after an 11 percent decline since early May, a steeper fall could be taken by Washington as the beginning of a currency war that could put the U.S. recovery at risk.

The ECB’s message is now unambiguous. But what are governments doing? Nothing. The euro zone’s GDP will only expand 0.8 percent this year while the area’s aggregated budget deficit is barely above 2.5 percent of GDP. These are the undisputed signs of a mindless fiscal policy. It is time for common sense – and a serious stimulus.

Draghi said there was now no sign of economic improvement in the months ahead and that the ECB would expand and step up its programme to pump more money into the currency bloc if its current measures fell short of lifting inflation.

“We will continue to meet our responsibility – we will do what we must to raise inflation and inflation expectations as fast as possible, as our price stability mandate requires of us,” Draghi said in a speech at an annual banking congress.