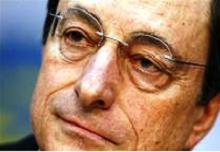 Is it still possible to mention the word “growth” without becoming a hostage in the French presidential campaign? Mario Draghi, the European Central Bank president, has been hijacked by the French socialist party because he has called for a euro zone “growth compact”. Presidential candidate François Hollande sees it as a sign that his ideas are gaining ground. But Draghi’s statement to the European parliament wasn’t a seismic shift. More important, what he means by growth compact has nothing to do with what Hollande plans to do if elected.

The upcoming conflict within the euro zone is not, thankfully, whether growth is good or not. Everyone agrees it is. There is also unanimity on the need for fiscal discipline. What sets Hollande on a collision course with Germany, the ECB and most of France’s euro zone partners is his belief that growth will come from the rest of the world while France avoids the painful domestic reforms which are underway in most of Europe.

France has the highest hourly labour costs of any major European economy, according to EU statistics, updated this week. They have risen 39 percent in the last decade, twice as fast as in Germany. True, that data doesn’t take into account productivity, which is high in France, but the deterioration in the current account shows the country’s competitiveness has deteriorated.

If Hollande keeps thinking that this is not a problem, or if he thinks it is but feels obliged to lie to the French about it, there’s no way to find common ground with Mario Draghi. Even though the expression “growth compact” may sound new, there’s nothing there that hasn’t been said, over and over, by central bankers: governments must reform, and the longer they wait, the more painful it will be.

Euro bonds, big investment programmes and German stimulus would all help, but they will not spare France the pain of reform. If Hollande the candidate keeps ignoring that reality, Hollande the president will hit the wall head first.