Whatever it takes, Mark 2 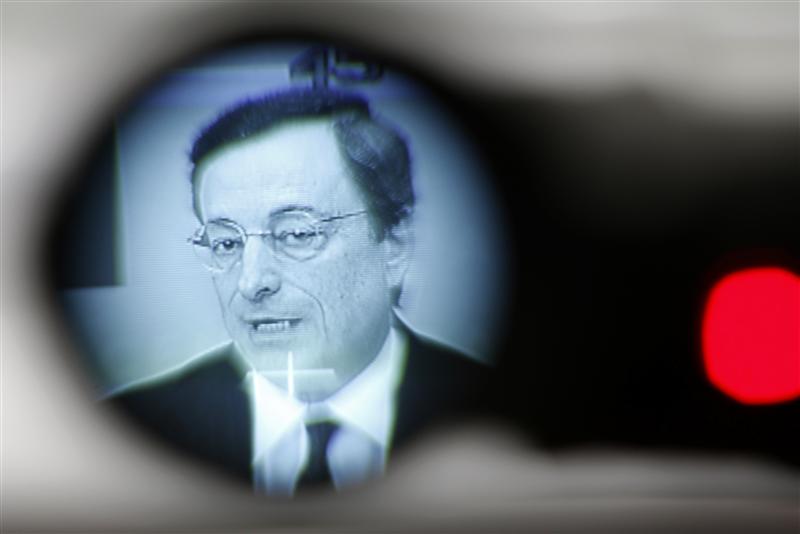 European Central Bank President Mario Draghi is seen through a camera view finder during a news conference at ECB headquarters in Frankfurt. (Reuters)

Draghi said that euro appreciation over the last year accounted for as much as half a percentage point of the decline in the annual inflation rate, which stood at only 0.5 percent year-on-year in March. The ECB aims to keep inflation close to, but under, 2 percent.