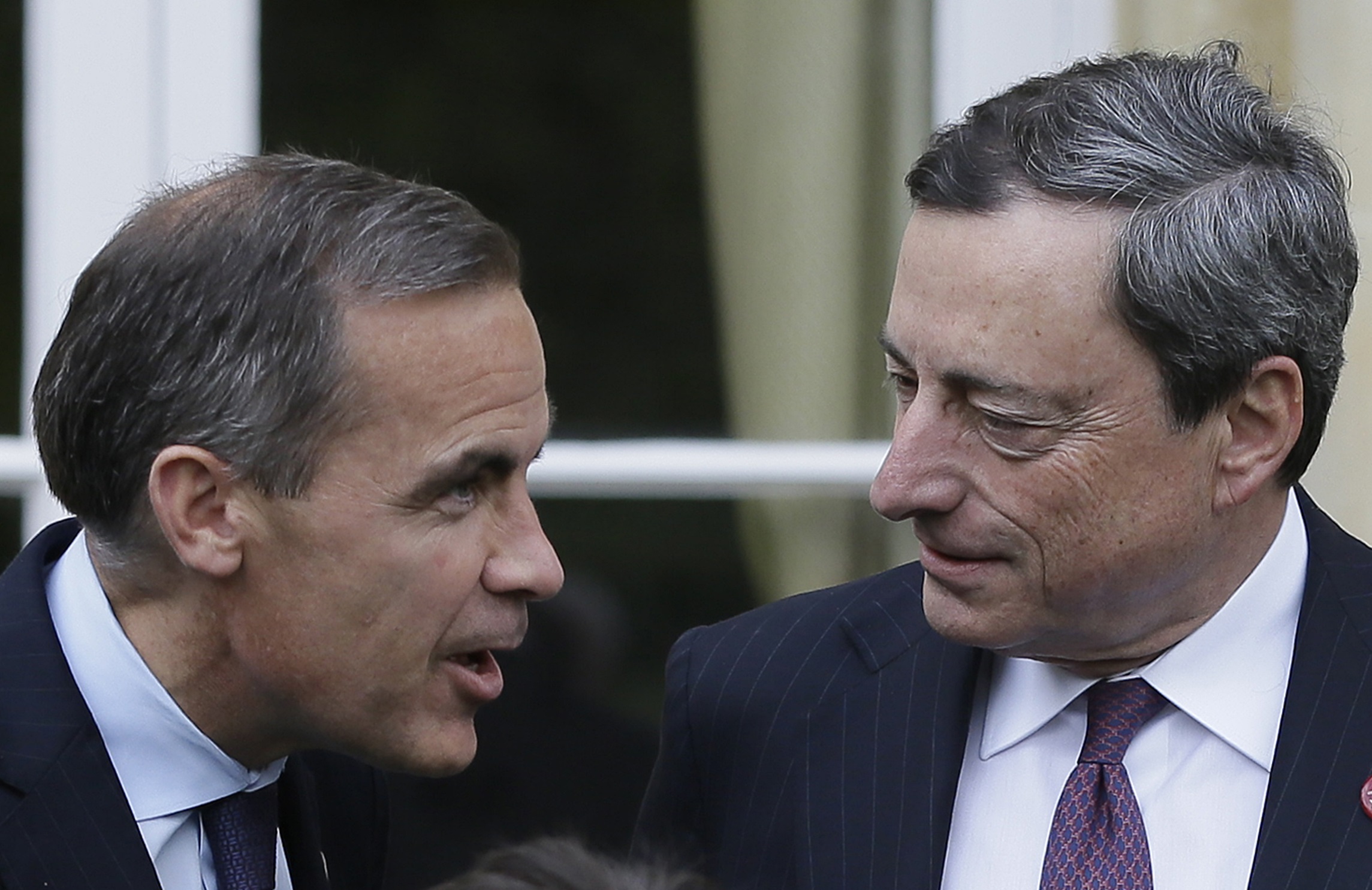 Comments by ECB chief Mario Draghi drove up bond yields and the euro, despite later protestations that markets had misread him. The ado owes more to investor complacency than fuzzy talk. It highlights traders’ twitchiness and the challenges in withdrawing ultra-loose policy.

Bank of Canada Governor Mark Carney (L) speaks to the President of the European Central Bank Mario Draghi as they pose for a group photograph at the G7 Finance Ministers meeting in Aylesbury, southern England May 10, 2013. Many of the world's most powerful finance chiefs met at an English stately home on Friday to discuss if central banks can do more to bolster a fragile global recovery. REUTERS/Alastair Grant/Pool (BRITAIN - Tags: BUSINESS POLITICS) - RTXZHT7

German 10-year Bund yields have risen 18 basis points to 42 basis points since the morning of June 27, when European Central Bank President Mario Draghi gave a speech highlighting the strength of the euro zone recovery, suggesting that the central bank could start to curtail asset purchases and increase interest rates.

“All the signs now point to a strengthening and broadening recovery in the euro area,” Draghi said in the speech, delivered at the ECB Forum on Central Banking in Sintra, Portugal. “Deflationary forces have been replaced by reflationary ones.”

“While there are still factors that are weighing on the path of inflation, at present they are mainly temporary factors that typically the central bank can look through,” he said.

Draghi also said that “a considerable degree of monetary accommodation” is still needed to ensure that inflationary pressures are durable and can withstand eventual withdrawal of stimulus.