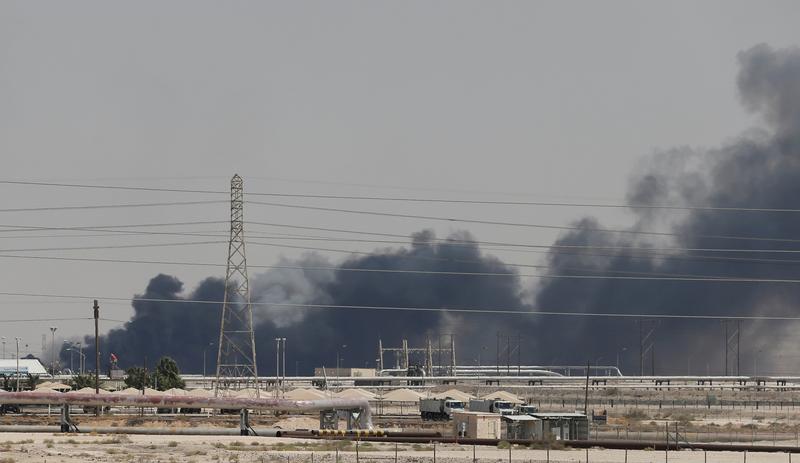 Air strikes by Houthi rebels knocked out half the oil giant’s output. The drop should be temporary, and Saudi and OPEC peers need to cut production anyway to gee up crude prices amid weaker demand. Still, it’s another reason for investors to mind the risks of an Aramco listing.

Saudi Arabia’s return to its full oil supply capacity after Saturday’s attacks on Aramco oil plants could take “weeks not days”, a source close to the matter told Reuters on Sept. 15.

The attacks in Abqaiq and Khurais, for which Iran-aligned Houthi rebels claimed responsibility, knocked out 5.7 million barrels per day (bpd) of the kingdom’s oil production.

The Houthis’ military spokesman, without providing evidence, said drones hit refineries at both Saudi sites, which are more than 1,000 km (621 miles) from the Yemeni capital Sanaa, and pledged a widening of assaults against Saudi Arabia.

U.S. Secretary of State Mike Pompeo put the blame squarely on Iran, writing on Twitter that there was “no evidence the attacks came from Yemen.”

Saudi Energy Minister Prince Abdulaziz bin Salman said Aramco would have more information within 48 hours and would draw down oil in storage to compensate for the loss.

Brent crude futures jumped more than 19% at the opening on Sept. 16. The price was up about 11.5% at $67.2 around 0115 GMT, after U.S. President Donald Trump said he had authorised the release of oil from the U.S. Strategic Petroleum Reserve. U.S. West Texas Intermediate futures were up 10.5% at $60.6 per barrel.