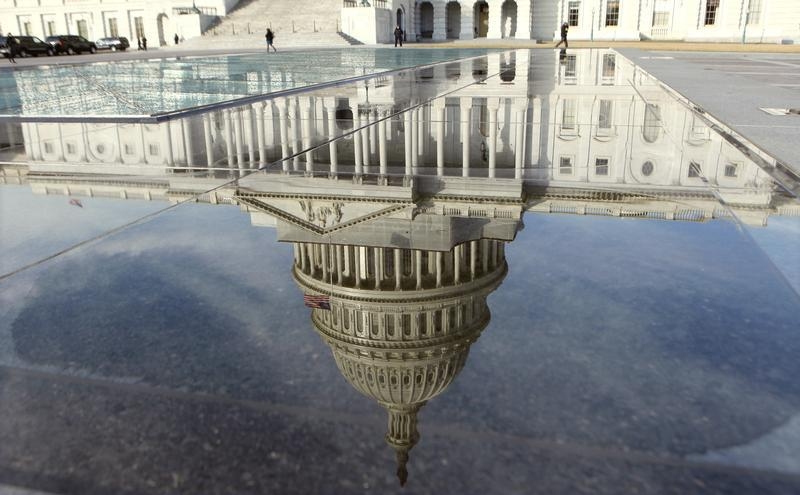 Drugmakers have been getting their $2.3 billion worth in Washington. That’s how much they’ve spent lobbying Congress over the past decade. It may help explain why no legislative proposal to rein in rising prescription prices has gone anywhere. The latest outcry involving Mylan will put that hefty investment in influence to its biggest test.

U.S. lawmakers are prodding the company about its decision to jack up the list price on its EpiPen allergy medicine. Democratic Senator Elizabeth Warren and Republican Representative Jason Chaffetz are among the many elected officials to send letters to Mylan this week. It follows similar scrutiny of Valeant Pharmaceuticals International and Turing Pharmaceuticals. Bosses of both at the time, Michael Pearson and Martin Shkreli, were grilled by legislators earlier this year. The tough talk has led nowhere, though. Some 15 bills to curb drug prices, including one that would allow Americans to import from approved Canadian pharmacies where the same treatments are often cheaper, have been introduced in this Congress. None has made it out of lower committees. Another 119 similar proposals dating back to 2005 suffered similar fates. Since 2009, lawmakers have been at loggerheads about pretty much everything, but tension over drug prices has been on the rise while the number of formal plans to address the problem has decreased.

All the while, the pharmaceutical industry has been spreading dollars around the nation’s capital. Drugmakers doled out $240 million for lobbying purposes last year, according to the Center for Responsive Politics, making it the biggest spender. The insurance industry was second, at $157 million. At 17.5 percent of GDP in 2014, U.S. healthcare costs have been rising faster than pharma’s political tab. Prescription-drug spending increased by 8 percent last year, to about $322 billion. It’s expected to be worse in 2018, when fewer branded products lose patent protection, the Centers for Medicare & Medicaid Services reckons.

Public shaming only goes so far. Growing ire over EpiPen and other drug prices will put greater pressure on Congress to change policy to help patients with medication bills. The only question left may be whether the industry’s money is greener.

The dome of the Capitol is reflected in a puddle in Washington February 17, 2012.

A group of 20 U.S. senators sent a letter to Mylan Chief Executive Heather Bresch on Aug. 30 asking for information about price increases on its auto-injector EpiPen, which treats dangerous allergic reactions.

The U.S. House of Representatives Oversight Committee sent a similar letter to Bresch on Aug. 29 asking for documents, emails and other data related to the product. Lawmakers said there have been 17 price hikes for EpiPen over the last 10 years, bringing the cost of a two-pack to about $600.

The U.S. Senate's Special Committee on Aging and other panels also have asked Mylan for details about EpiPen costs.

Mylan said on Aug. 29 it would offer the first generic version of EpiPen at about half of the price of the branded product.

In 2015, Mylan spent about $1.5 million on lobbying, while the pharmaceutical sector spent about $240 million, making it the top industry spender, according to the Center for Responsive Politics.