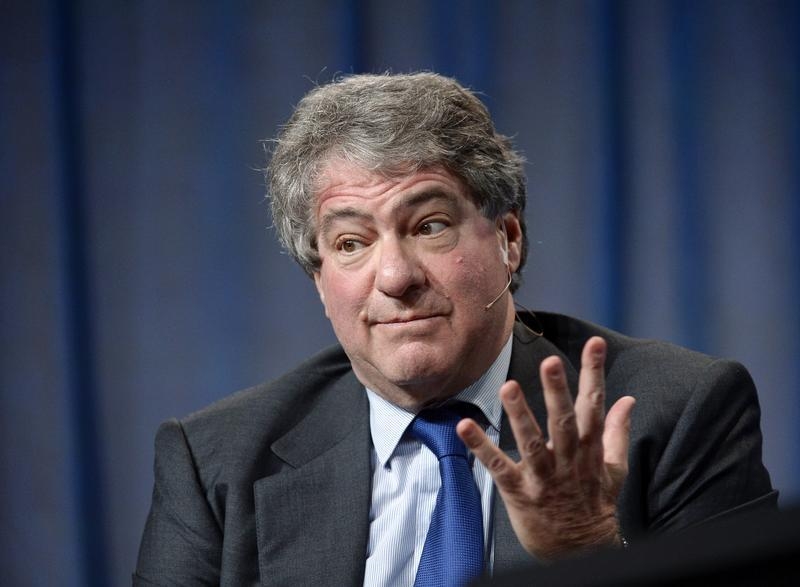 In the private equity world, almost everything is going up. That’s just not as good as it sounds for buyout barons.

The return of heaps of capital to investors in their funds is one reason for them to celebrate. More troubling, though, are the record high multiples being paid for acquisitions, new highs in the amount of debt being larded onto portfolio companies relative to their operating cash flow, and intense competition from corporate buyers. For mega-fund managers including Apollo and Blackstone, their massive purchasing power heading into 2015 may be tough to deploy without pushing returns lower.

According to Preqin, buyout funds have some $460 billion of so-called dry powder. Add leverage and the growing amount of capital from pension funds that want to co-invest alongside them, and the figure probably tops $1.5 trillion.

One figure notably on the decline, however, is deal volume. Through early December, the value of leveraged buyouts around the world tumbled by 12 percent from a year earlier and accounted for less than 5 percent of total mergers and acquisitions, according to Thomson Reuters data. That’s the lowest proportion since 2009. In the United States, the drop in volume was almost 30 percent. The biggest LBO of 2014 to date, the $8.7 billion purchase of pet store chain PetSmart by BC Partners announced on Dec. 14, is just a consolation prize for private equity as a whole.

Leveraged buyout merchants are being squeezed out. U.S. companies started 2014 with an unprecedented $1.6 trillion of cash on their balance sheets and the S&P 500 Index has kept setting new record highs. As a result, private equity firms can’t make the math work on most acquisitions. Often, they simply can’t compete with the value that newly confident corporate buyers reckon they can find by wringing out costs.

There is evidence of the pressure. Buyouts announced in the fourth quarter on average cost 11.2 times EBITDA, according to S&P Capital IQ Leveraged Commentary & Data. That’s a big leap from the 9.7 times in the first nine months of 2014 and it’s higher than pre-crisis boom levels. What’s more, the amount of equity required is increasing again, to about 40 percent, as borrowing levels are also rising. The average debt-to-EBITDA multiple on LBOs reached 6.3 times from October to early December, surpassing even the spike in 2007.

High prices mean private equity returns are apt to suffer. Meanwhile, firms that resort to buying companies from each other could struggle to top the returns available in public markets. It’s hard not to think it’s the wrong numbers that will be coming down.