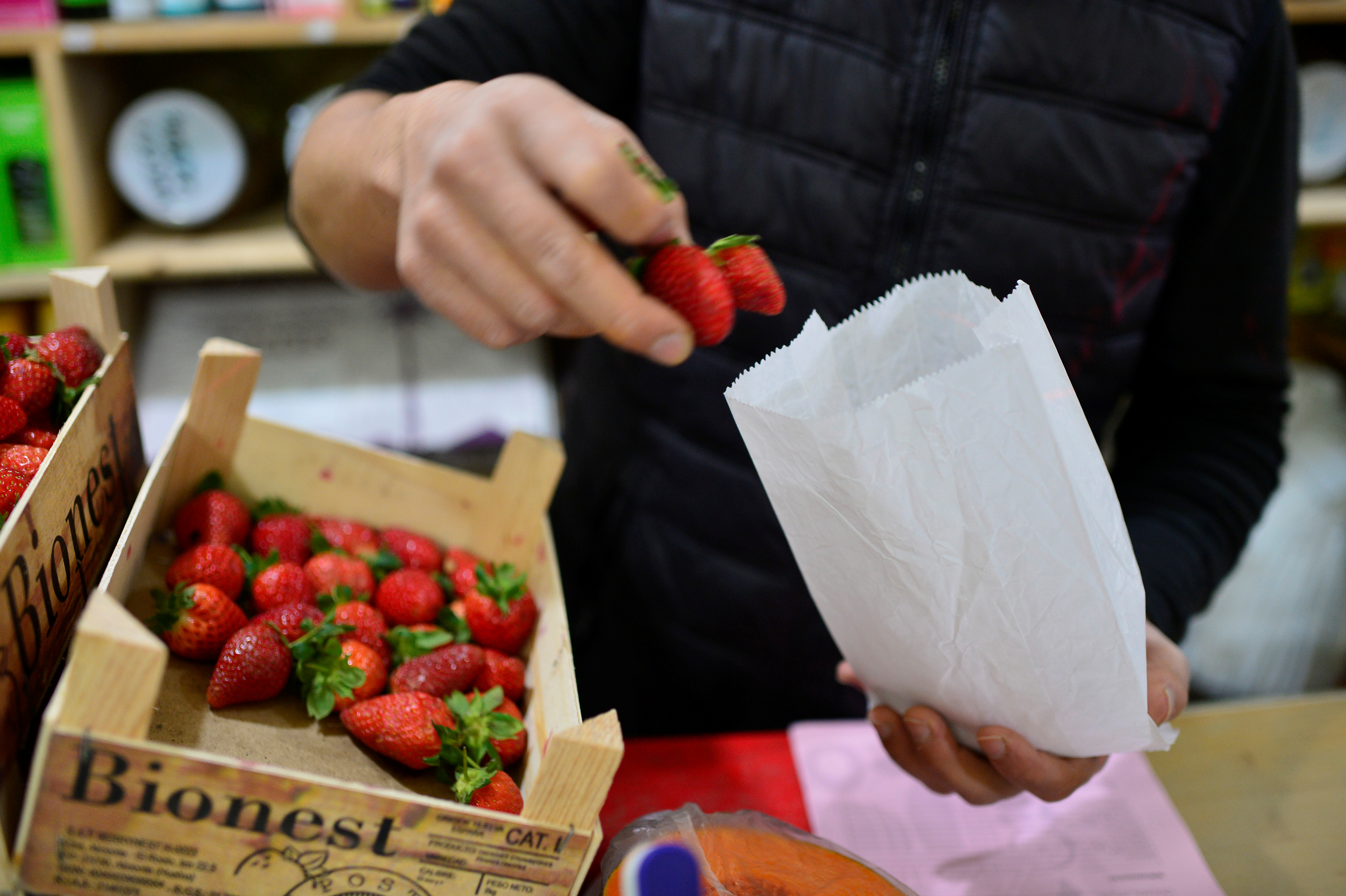 The UK paper group is buying Spain’s Europac for 1.9 billion euros. As online shopping boosts demand for box materials, more European tie-ups are likely. One could be an International Paper deal for DS Smith, if the former’s bid for Smurfit Kappa finds the wastepaper basket.

A storekeeper fills a paper bag with strawberries in Bilbao, Spain April 6, 2018.

London-listed packaging group DS Smith has offered to pay 16.8 euros per share to buy Spain’s Europac, the company announced on June 4. Including debt, the offer values the target at an enterprise value of 1.9 billion euros.

DS Smith will finance the deal by raising approximately 1.1 billion euros in a rights issue along with a new debt facility of 740 million euros. The purchase values Europac at 8.4 times EBITDA in the 12 months to March 31, 2018, including pre-tax cost synergies of 50 million euros.

DS Smith also announced a strategic review of its plastics business. Shares in DS Smith and Europac were up 3.3 percent and 8.2 percent respectively by 0827 GMT on June 4.